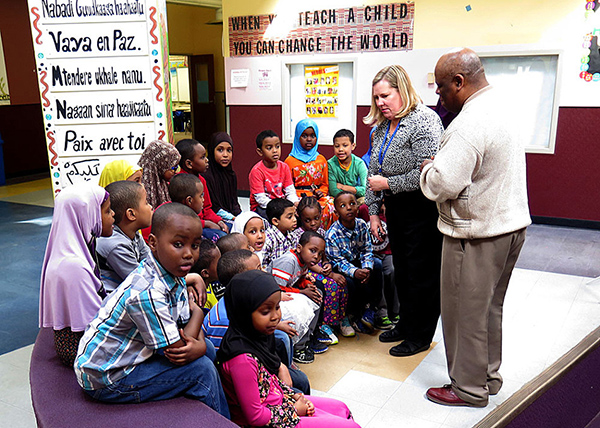 The Minnesota Department of Education is headed back to square one on drafting new rules for integrating schools.

“This rule, basically, would have essentially done away with parent choice. And choice is so important, in charter schools as well as in district schools,” said Bill Wilson, director of St. Paul’s Higher Ground Academy charter school, where black students make up nearly 100 percent of the enrollment.

“People like to have a hand in where their child goes to school,” he added. “It has all to do with their idea of sense of belonging.

Wilson was an outspoken critic of the state’s proposed integration rules. In a major shift, the rules attempted to include charter schools as well as district schools. Any school with more than 20 percent minority students would have had to make a plan to increase integration and submit the plan to the state. The state education commissioner would monitor attempts at integration.

While the proposed rule would require “programs and activities” to boost integration, it didn’t specify consequences if a school failed to integrate. Still, Wilson said he worried students at schools like his would be forced to move to fulfill quotas.

In a nearly 100-page report, Judge Ann O’Reilly said the Education Department didn’t explain its changes well enough and is unclear on how integration plans would be evaluated.

Changes to state integration laws in 2013 are prompting the overhaul of the department’s approach. The rules being replaced give schools specific suggestions for increasing racial diversity. If integration doesn’t actually happen, the education commissioner refers the school to the Department of Human Rights and the Legislature.

University of Minnesota law professor Myron Orfield, a long-time advocate of school integration, also agrees that throwing out the proposed rules was the right move.

“I thought they were terrible” and the administrative law judge was right to reject then entirely, he said. “They basically abandoned all efforts to integrate schools. They created a really vague rule that had no standards, and no definitions and no consequences.”

Charters should still be included in state integration requirements, whatever those requirements end up being, he added. “They just can’t be exempted from civil rights laws.”

The statewide teachers union also supports including charter schools under the law.

Education Department officials must now consider the judge’s recommendations as they rethink the proposal. The department is reviewing the decision and weighing its next step, Education Commissioner Brenda Cassellius said. The state’s chief administrative law judge will need to approve any rewrites before the integration rules can be adopted.

Wilson said he hopes the next version will focus on equal resources for schools instead of the numbers of minority children who attend them.

“We spend time trying to integrate people,” he said. “As I’ve said so many times the number of minority children per square foot is a measure of whether or not we have integration. Incorrect, that’s wrong. We need to integrate resources.”