Linda M. Stinehart Radke of Albert Lea passed away Friday, March 4, 2016, at Mayo Clinic in Rochester. She was 63.

Linda was born July 30, 1952, to Kenneth and Marion (Honstad) Odson in Wells. She attended grade school in Frost and high school in Albert Lea. Linda was a member of and confirmed at Grace Lutheran Church of Albert Lea. 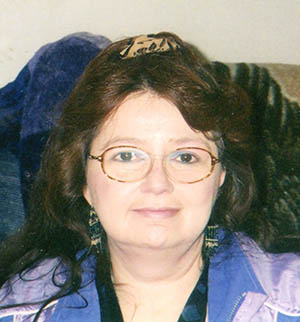 Linda married James W. Radke Dec. 30, 1996, in Albert Lea. The two of them enjoyed playing bingo together any night of the week. In her free time, Linda also enjoyed going to rummage sales, collecting porcelain dolls and wearing ornate jewelry. Linda was quiet and caring. She loved spending time with her family and bragging about her grandchildren.

Linda was preceded in death by her parents; sister, Judy Nelson; and several aunts and uncles.

Memorial services will be at 2 p.m. Friday at Grace Lutheran Church in Albert Lea. The Rev. Janet White will officiate. Visitation will be held one hour prior to the service.