Funeral services for Lorna L. South will be at 11 a.m. Tuesday at Zion Lutheran Church in Albert Lea. The Revs. Robert Bailey and Robert Stohlman will officiate. Visitation will be from 5 to 7 p.m. today at Bonnerup Funeral Service in Albert Lea, and again one hour prior to the service at church.

Lorna Lee South of Albert Lea passed away Friday, March 4, 2016, surrounded by family at Mayo Clinic Health System in Albert Lea. She was 80.

Lorna was born May 29, 1935, to Leonard and Mary Ada (Borcher) Lohman in Deer Creek. She married her high school sweetheart, James South, on Sept. 26, 1954, in Deer Creek. She moved to Albert Lea with her new husband, and they remained residents for more than 60 years. She raised her family, two girls and one boy, in Albert Lea. When they were all school age, she returned to the work force and worked in school district No. 241 for 33 years. Lorna worked as an elementary school secretary and then moved to the district office as secretary to several superintendents. 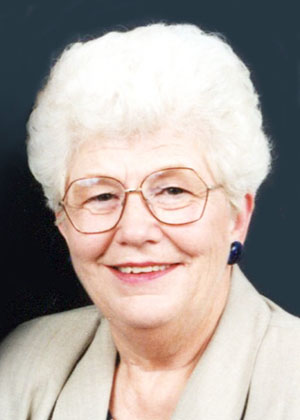 After retiring, Lorna became active with the Naeve Hospital Auxiliary and continued with her Zion Lutheran Church activities. Her hobbies included sewing, craft work and spending time with her family and friends. She enjoyed walking, and a highlight of her summers was always spending time with her family at a lake vacation. Her sense of humor and high energy will be missed by us all.

In lieu of flowers, memorials are preferred to the Alzheimer’s Association or donor’s choice.