He was born June 22, 1938, in Albert Lea,to Clifford and Helen (Bakken) Ayers. He graduated from Albert Lea High School in 1956. He immediately joined the Navy and was honorably discharged in 1960. After the Navy he worked in the printing trade. 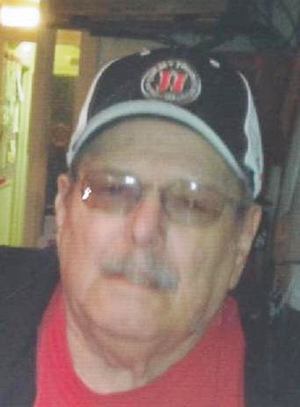 On March 6, 1965, he married Sharon Plevka in Hayward. They moved to Rochester, where their son, Sean, was born in 1971. In 1977, they moved to Lake Havasu City, where they bought Jet Printing. He continued in the printing trade until 1992 when he went to work for the Lake Havasu City street department, retiring in 2005.

He belonged to the Eagles, Elks, Moose, Veterans of Foreign Wars and American Legion. He was also a member of the Lake Havasu Chili Society and past member of Lake Havasu Amateur Radio Club.  He was an avid NASCAR fan and loved going jeeping.

He is survived by his wife of 51 years, Sharon; son and daughter-in-law Sean and  Joy; grandchildren Cody, Camryn and Caitlyn; brother, Gary (Emily) Ayers, of Clarks Grove; and several nieces and nephews.

As per Rollie’s wishes, there will be no services.

Rollie’s final care was entrusted to Lietz-Fraze Funeral Home. Thoughts and condolences may be sent to his family at www.lietz-frazefuneralhome.com.