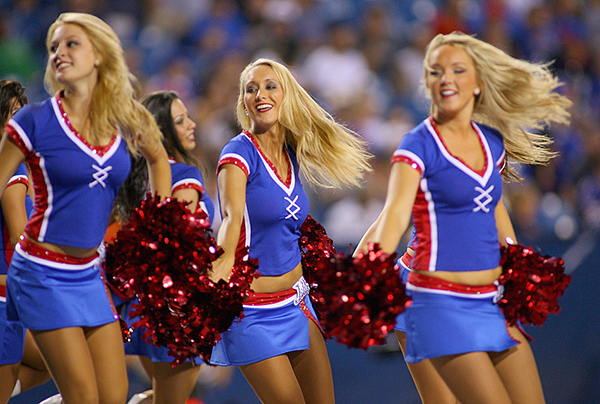 Millions of workers have had their wages stolen by their employers, a crime that has victimized employees ranging from NFL cheerleaders to janitors.

The issue is widespread across the nation, including Minnesota. Many workers fear retribution for bringing up wage theft claims, but private lawsuits and government intervention have pried loose back pay for some.

Most victims of wage theft are low-paid workers like Jesus Sanchez, according to U.S. Department of Labor research.

But that is less of a problem than not getting paid for hours he actually worked, he said, which was an issue before he and co-workers sued Capital Building Services.

“I didn’t even receive pay stubs with my pay checks to know how many hours I was paid for,” Sanchez said through a translator.

Two top Minnesota Democrats, Sen. Al Franken and Rep. Keith Ellison, are backing legislation that could help fight wage theft, including situations just like Sanchez’s. It would require that all workers get pay stubs detailing an employee’s pay rate, along with their regular and overtime hours worked. They point out that 42 states, including Minnesota, require employers to provide some form of pay stub to employees, but the standards vary from state to state.

The bill pushed by Ellison and Franken would make law a 1946 Supreme Court decision that if an employer fails to keep records of an employee’s pay, the employee’s own credible evidence and testimony about his or her pay is presumed to be true.

Sanchez and the other plaintiffs are now waiting for court approval of a $425,000 settlement, much of which they will receive as back pay. Capital Building Services denies any wrongdoing, but said it is settling to avoid further litigation.

Attorney Adam Hansen represented the employees. “These workers will get hundreds of thousands of dollars in back pay,” he said. “That’s a big deal.”

Hansen said there’s intense competition among cleaning contractors. The low bid usually wins, which “puts tremendous pressure on these contracting companies to cut corners, to not pay the full amount of wages owed,” he said.

And Hansen said small cleaning companies that are owned by individuals and lack significant assets can escape being held accountable for ripping off workers. “You have that threat that, ‘Hey we’re just going to fold our tents and declare bankruptcy,’” he said.

Janitors have been especially vocal about wage theft, but they’re hardly alone. Emiliano Alberto Espinoza Santos has worked in roofing for nearly a decade. The south Minneapolis resident said he’s learned to be wary about contractors.

Also speaking through a translator, Espinoza Santos said that multiple times, “people haven’t paid me or they paid me less than we had agreed on in the beginning.”

Both the Minnesota and U.S. labor departments investigate wage issues. Last year, the feds and state together recovered about $1.5 million for some 2,300 Minnesota employees. That’s an average of $650 a person.

“Wage theft is everywhere,” said David King, district director for the for U.S. Department of Labor’s wage and hour division. “Every day, we’ve got investigators going out into the field and finding people are not being paid in compliance with the law.”

King said wage theft is most common in certain industries such as hospitality, janitorial and security services.

It can be costly for employers who get caught. The left-leaning Economic Policy Institute said government and private attorneys recovered nearly $1 billion dollars on behalf of wage theft victims in 2012.

The Minnesota Department of Labor and Industry said most of the wage complaints coming to the agency involve employers stiffing former employees on their final paycheck. But the department also sees wage theft occur when employers misclassify workers as independent contractors rather than employees. Deputy commissioner Jessica Looman said that’s a problem they often see in the construction industry.

“They’ll say, ‘If you want to work for us, you’re going to be an independent contractor. You’re responsible for your own taxes, your own withholding, your own business expenses,’” she said. That way the employer avoids all payment of minimum wages, overtime, unemployment insurance and workers’ compensation benefits, Looman said.

Several NFL teams — not the Vikings — have classified their cheerleaders as independent contractors in recent years. Some of these franchises have reached settlements with their squads, but not the Buffalo Bills. Attorney Christopher Marlborough represents the team’s cheerleaders, the Buffalo Jills.

“Quite a few of the cheerleaders made approximately $200 a year or less, for hundreds of hours of work,” Marlborough said.

The Bills team said it has long relied on third party contractors for cheerleading and is confident in its legal position.

The Vikings’ cheerleaders are employees and the team won’t say how much they are paid, but a one-hour public appearance by two cheerleaders costs $500.

Another wage theft tactic is to wrongly classify low-level managers as white-collar professionals who are exempt from hourly wage rules. Over-classifying means the employer pays no overtime after 40 hours a week. People in those jobs may work so many hours that they’re effectively earning less than minimum wage.

But wage theft also occurs in higher paying industries. A handful of tech giants, including Google and Apple, ponied up $435 million to settle allegations of illegal wage suppression in the tech industry.

Despite those high profile victories, the Labor Department acknowledges people are still reluctant to speak up.

Employment attorney Marshall Tanick said that’s because it is dangerous for individuals to complain. “They put their jobs at risk,” he said. “There’s a real tendency for employers to retaliate against employees.”

Wage theft complaints may be best pursued on a group basis or as a class action, Tanick said.

An even bigger problem may be that wage theft not only cheats employees, but also can hurt employers who play by the rules. Aaron Sojourner, assistant professor at the University of Minnesota’s Carlson School of Management, said “you have a lot of businesses that are out there following the law and then you have other businesses that are cheating,” he said. “This practice creates an uneven playing field.”