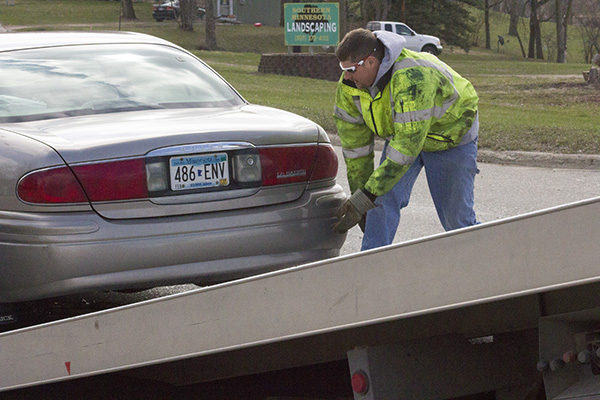 An Albert Lea man was transported to the hospital with possible injuries in a T-bone collision Friday morning at the intersection of Columbus Avenue and East Main Street in Albert Lea.

He was reportedly driving a 2001 GMC Sonoma pickup north on Columbus Avenue when he failed to yield at a stop sign and was struck by a 2004 Buick LeSabre eastbound on Main Street.

The Buick was driven by Laci Brune, 25, of Albert Lea

Brune was not injured.