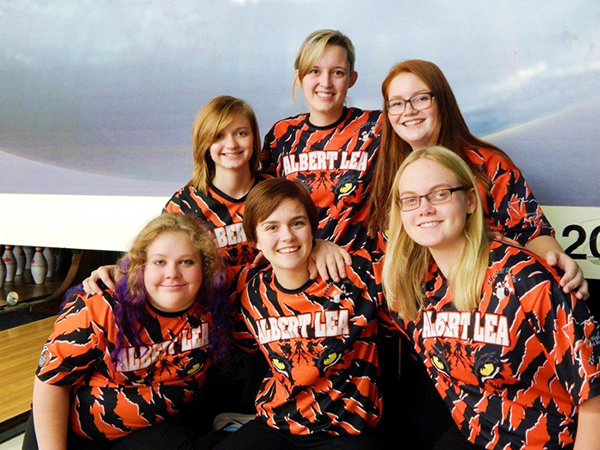 The Albert Lea High School bowling team finished with a season record of 7-9. The team average was 142 per game, and there were nine teams in the Southeast conference this season. Pictured, front row, from left are Tiffany Hallisy, Makena Hall and Cassie Deal Rasmussen; and back row, from left, are Rachel Riechl, Mattie Lestrud and Angela Riekens. Riekens made Second Team All Conference; and Hallisy, Riechl and Hall made Third Team All Conference. Those four will bowl at New Hope for the girls’ all conference championship on Sunday. The Albert Lea team in the first five seasons of girls-only high school bowling has gone to the state tournament each season and has placed first, second, third, fifth and 13th. The team is coached by Loren Kaiser. – Provided