Over the course of the past few weeks, the Tribune has published several stories and editorials focusing on the current effort in Minnesota to fund a rebuild of the state’s transportation system. Those pieces have contained a consistent theme — there needs to be a significant increase in funding for modernizing Minnesota’s roads, bridges and, in some cases, transit systems. 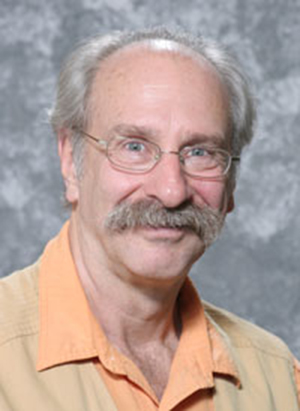 But something has been missing from these pieces — a critical component to Minnesota’s transportation infrastructure that has benefits beyond simply moving people around — a form of transportation that the citizens of Albert Lea are well aware of. Pedestrian and bicycle infrastructure allows people to walk naturally, and, indeed, makes this an inevitable choice.

In 2009, Albert Lea became the first Blue Zones pilot project in the nation. Blue Zones projects make healthy choices easier for a community through permanent changes to the built environment, policy and social networks. The end goal is to make people living in a community healthier, happier and, ultimately, to live longer, more fulfilled lives.

The Albert Lea pilot project was, by any measurement, a tremendous success. After just one year, participants added an estimated 2.9 years to their average lifespan while healthcare claims for city workers dropped 49 percent. The results have been referred to by observers as “stunning” and “inspirational.” After the success of Albert Lea, Blue Zones have been implemented throughout the United States.

What was one of the central components of the project? Encouraging and enabling the citizens of Albert Lea to move around the community more easily, comfortably and safer by foot and by bike. Active transportation for many not only became the natural choice, but the inevitable choice.

In order for Minnesotans to reap those same benefits, safer crosswalks, sidewalks and bike routes should exist. Children need to be able to bike to school and seniors walk to meet friends without fear of crossing a street or being forced to ride in dangerous traffic. If Minnesota is going to invest this year in the rebuilding of its transportation system for the future, funding for streets for all people of all ages and abilities to pick the mode of travel that suits their need should be paramount.

The Albert Lea Blue Zones pilot project was a success. Minnesotans throughout the state should have the same opportunities that the citizens of Albert Lea had to get fit and improve their health. Central to that opportunity is making sure they can walk and bike anywhere in their community safely and efficiently. As a side benefit, communities designed around the human foot are more affordable, and are more attractive to those setting up the next round of jobs in America. Instead of just growing our traffic with transportation, let us grow our communities by designing for people first. It doesn’t just make sense, it saves and makes dollars.

Dan Burden is a nationally recognized authority on walkable, livable and sustainable communities. He is the director of innovation and inspiration for Blue Zones, a Minneapolis-based firm that launched its national health efforts in Albert Lea in 2009.