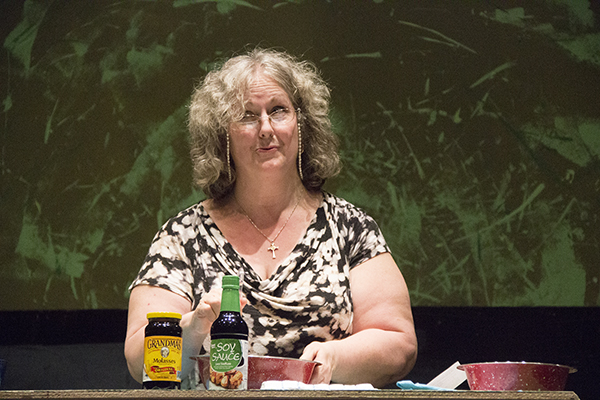 “The Kitchen Witches,” written by Caroline Smith, features Elizabeth Harty and Rebekah Sousa as Isobel Lomax and Dolly Biddle, hostesses who have hated each other for 30 years.

When circumstances put them together on a television show called “The Kitchen Witches,” the show becomes a ratings smash, as secrets are leaked on live TV. 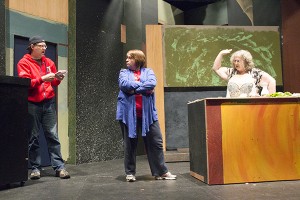 “The Kitchen Witches” is a comedy that takes place on the stage of a TV cooking show. It opens Thursday. – Sarah Stultz/Albert Lea Tribune

Director Brian Mattson, who has previously directed two plays for ACT, including “A Dickens’ Christmas Carol: A Traveling Travesty in Two Tumultuous Acts,” said the play is a fast-paced comedy with lots of little surprises.

“It’s a fun play,” Mattson said. “You get to see some backstage things about cooking shows you don’t normally see.”

The play is estimated to last 1 1/2 to two hours long.

What: “The Kitchen Witches”

Info.: Tickets can be purchased over the phone at 1-877-730-3144, online at actonbroadway.com, at the box office or at the Albert Lea Convention and Visitors Bureau