Costs are on the rise 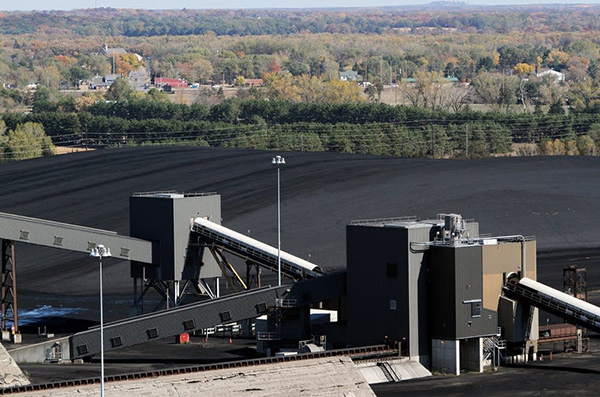 The price tag on Minnesota’s changing climate is on the verge of going up.

State law already requires Minnesota account for climate change costs when deciding how to generate electricity. But an administrative law judge says the price range Minnesota uses is way too low — by a factor of more than 10 — because it’s outdated and doesn’t fully account for health problems and other societal costs tied to climate change.

If the Minnesota Public Utilities Commission agrees with the judge’s view, it could mean wind and solar will look a lot cheaper than burning coal.

“The extent of these public health impacts is actually quite enormous,” said Dr. Phil Murray, a retired Twin Cities physician.

Global warming leads to more heat-related illness, and air pollution is linked to asthma and other public health threats, he added. “Increased incidence of allergic problems, cardiovascular disease and stroke, and the increasing problems with vector-borne diseases like Lyme disease and things like malaria or dengue fever or Zika, for that matter.”

Murray and other physicians joined a coalition in asking a judge to recommend new, larger carbon cost numbers. On Friday, Administrative Law Judge LauraSue Schlatter mostly agreed the federal government’s social cost of carbon figures were the way to go and suggested the state PUC adopt a new price range — from about $11 to $57 per ton of carbon emitted. The previous range was about 50 cents to less than $5.

The agency is expected to make a final decision on the numbers later this year.

“We’re thrilled with it. It’s a huge victory for the environment and for public health in Minnesota, and it’s the kind of decision that’s likely to reverberate for years, probably decades,” said attorney Kevin Lee, who represented the physicians in the social cost of carbon case.

As Xcel Energy, Minnesota Power and Otter Tail Power factor in the updated carbon cost numbers, burning coal looks a lot less attractive, Lee added. “This opinion is all about making those decisions in a way that takes into account what impact those decisions will have on future generations.”

The Minnesota Chamber of Commerce said increasing the social cost of carbon could hurt the state’s economy. That’s especially true if it results in higher electricity rates for Minnesota businesses than their competitors in other states, said Bill Blazar, Senior Vice President of Public Affairs and Business Development.

“There isn’t a business in Minnesota that doesn’t want our economy to operate in a more environmentally sustainable manner,” Blazar said. “The challenge, though, is to figure out a way to implement the policy in a way that keeps Minnesota companies competitive and employing Minnesotans.”

Advocates, though, say the change is needed now.

Minnesota first put a range of prices on carbon emissions of about 50 cents to $4 a ton in the 1990s, and a huge amount of research on climate change consequences has come out since, said J. Drake Hamilton, science policy director with the advocacy group Fresh Energy.

Minnesota’s law is unique and will result in more prudent decisions on behalf of electricity customers,” Hamilton said. But the rate structure is “about 19 years behind the science.”