Funeral services for Curtis L. Miller, 75, of Alden will be at 2 p.m. Saturday at Cross of Glory Church. The Rev. Charles Espe will officiate. Interment will be at West Freeborn Cemetery.  Visitation will be from 4 to 7 p.m. Friday at Bayview/Freeborn Funeral Home and one hour prior to the service at the church. Online condolences are welcome at www.bayviewfuneral.com. 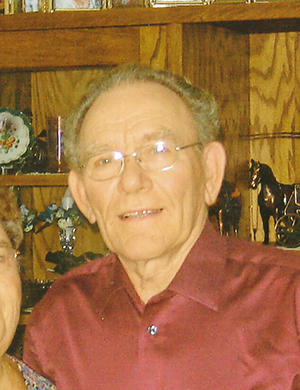 Curtis LeRoy Miller was born April 24, 1940, in Alden, the son of Serinus and Margaret (Hansen) Miller. Curtis was raised on the family farm south of Freeborn. He graduated from Freeborn High School in 1958. Curtis married Shirley Thompson on Oct. 8, 1960, at Salem Lutheran Church in Albert Lea. He worked at Queens, Streater and Land O’ Lakes and helped at the family cafe in Freeborn. Curtis enjoyed woodworking, metalworking, fishing and going to auction sales. He always had the grandchildren and great-grandchildren doing something and enjoyed all their sporting events. He was an active member of West Freeborn Lutheran Church.

In lieu of flowers memorials are preferred to West Freeborn Lutheran Church.