Donald Luverne Hamson, 70, of St. Michael passed away Thursday, March 31, 2016, at University Medical Center due to complications resulting from pneumonia. He was surrounded by his family and is at peace.

He was born Sept. 13, 1945. Don was a beloved husband, father, grandfather, sibling, uncle and friend. His favorite place in the world was his home on Lake Julia, north of Bemidji, where he enjoyed fishing, had an unending appetite for books and loved spending time with family — especially his grandchildren who refer to him as Papa. Those who knew him will fondly remember his tendency for telling stories told in his unique style, often regarding his life experiences in an effort to impart some of his wisdom to the listener and to share his life philosophy of “Pay as you go,” and it was evident that his dogs were his best friends. 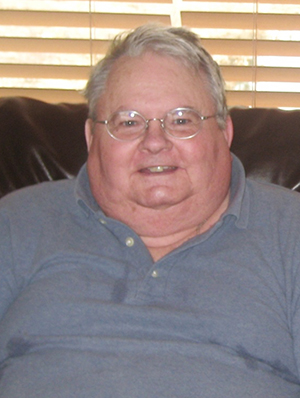 He is survived by his loving wife, Linda; son, Jeff, and his wife, Nancy; daughter, Jennifer, and her husband, Michael; grandchildren A.J. and Seth; as well as many nieces and nephews.

He is preceded in death by his son, Timmy; parents Clifford and Ode; brother, Larry; and sister, Elaine (Baer).

A memorial service will be at 2 p.m. Saturday with visitation one hour prior to the service at Historic Catholic Church St. Michael, 14 Main St. N in St. Michael, and a reception will follow at the church.

His presence will always be felt, but his company will forever be missed. He always said, “Keep it to the high side of the road and out of the ditch.”

In lieu of flowers, the preferred charity is Great River Pet Rescue in Bemidji at greatriverrescue.com.