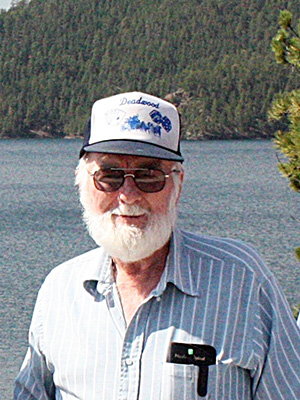 He was first married to Janice Houchin, then Pat Laite and later Harriet Hemenway.

Earl entered the United States Marine Corps in 1951 and was honorably discharged in 1954 with a rank of sergeant. He worked as a bar owner in Glenville, Smith Douglas Fertilizer Plant in Albert Lea and owned a rental store in Albert Lea.

He moved to Rapid City after retiring over 30 years ago, where he continued to enjoy boating, fishing, riding his motorcycle, riding four-wheelers up through the hills, tinkering and spending time with family and friends.

Earl was preceded in death by his parents; sister, Barb (Bill) Hanson; brother, Gene Butler; and a brother in infancy.

Interment will be at Black Hills National Cemetery in Sturgis at a date to be determined.

A gathering of family and friends is planned from noon to 3 p.m. April 30 at the American Legion in Albert Lea. Light refreshments will be provided. All are welcome.