Funeral services for Eleanor L. Hamor will be at 11 a.m. Friday at Grace Lutheran Church in Albert Lea. The Rev. Janet White will officiate. Visitation will be from 5 to 7 p.m. Thursday at Bonnerup Funeral Service in Albert Lea as well as one hour prior to the service at church.  Interment will take place at Hillcrest Cemetery.

Eleanor passed away Sunday, April 3, 2016, at Thorne Crest Senior Living Community surrounded by her children. She was 86. 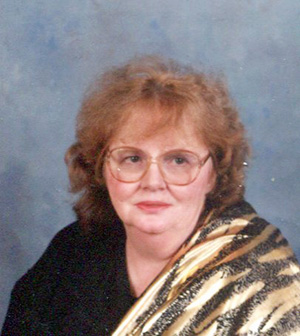 Eleanor L. (Cady) was born March 31, 1930, to Earl and Edna (Dietz) Cady. She grew up in Owatonna. On Oct. 20, 1946, she was united in marriage to Gordon Peters in Medford. To this union three children were born. The couple later divorced. Eleanor later married Jerald Hamor on June 22, 1990.

Eleanor worked many jobs throughout her life, but her favorites were babysitting and housecleaning for families in the area. She and her family moved frequently, but lived in Owatonna and Denison for the longest times. In 2005 she moved to Albert Lea, where she had lived ever since.

She was a member of Grace Lutheran Church. She also was a member of the Legion Auxiliary Post No. 506, Moose Lodge No. 1364 and the Eagles Club No. 2258.  In her free time Eleanor enjoyed singing and dancing. She enjoyed gardening and camping,  going all over the United States. She loved visits from her grandchildren, who called her Traveling Grandma and later Honey Grandma, because her cookie and candy jars were always full. If someone left her house hungry, that was their own fault, because there were always goodies available. Her animal friends made her happy and she had many pets throughout her lifetime. She could be described as a sweet, caring lady who always helped others. She always had her door open to friends and family.