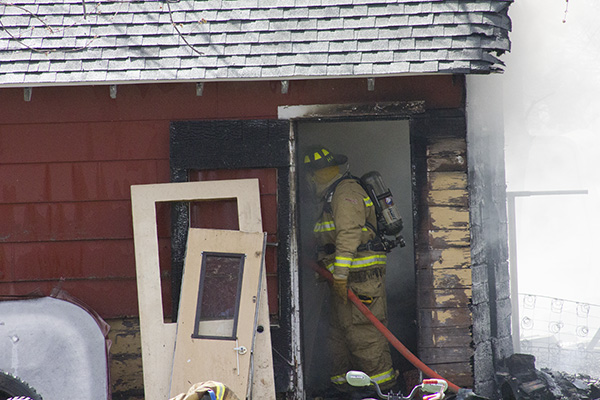 MYRTLE — A shed was damaged by fire Friday afternoon in the small Freeborn County community of Myrtle.

Glenville and Myrtle fire departments were dispatched to 107 First Ave. shortly after 3 p.m.

When they arrived, flames were reportedly coming out of the front of the shed, according to Myrtle Fire Chief Paul Hansen.

Firefighters were able to decrease the fire’s intensity and keep the blaze from spreading to other buildings.

Hansen said the cause of the fire is unknown. The shed housed old tires and other miscellaneous items.

Homeowners Will and Lynette Stahl were home when the fire began.

Will Stahl reportedly burned his right hand while trying to save the shed but did not plan on going to the hospital.

He said he did not know what to do next, but said he was thankful his family, including his daughter, Audrey Arnold, was safe.

“My grandson means more than the whole house,” he said. “Houses and materials can be replaced, people cannot.”