NORTHWOOD — A former Northwood mayor is facing multiple charges for allegedly defrauding about $300,000 from Northwood State Bank while he was president of a lumber company in the city. 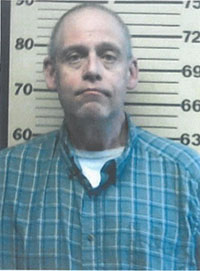 Court documents allege that while acting as president of Northwood Lumber between 2011 and 2014, Severson created fraudulent invoices using the names and information of family members, customers and other acquaintances without their knowledge or consent. He allegedly submitted these invoices to Northwood State Bank in Northwood for lines of credit in amounts consistent with the fraudulent invoices.

Severson was reportedly interviewed by Iowa Division of Criminal Investigation and FBI agents in July 2013 and admitted to making the fraudulent invoices, court records state, however, he reportedly continued to create the invoices and submit them to the bank through 2014.

According to the Mason City Globe Gazette, Northwood Lumber announced on its Facebook page Feb. 17 it would cease operations the next day. The business had been open 25 years.

The newspaper stated Severson resigned as Northwood mayor during a City Council meeting in November 2012, citing health reasons. He previously served as a member of the council.