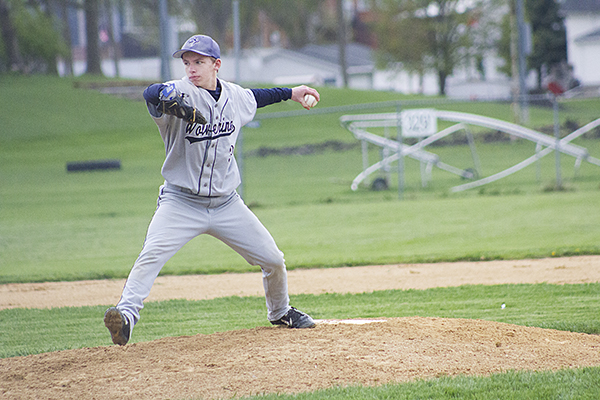 ALDEN — The Glenville-Emmons Wolverines won their first game of the season Friday afternoon.

The baseball team defeated Alden-Conger 7-3 in Alden. The win brings the Wolverines to 1-8 on the season and drops the Knights to 1-4.

The Wolverines scored four runs in the top of the third inning to take a 5-2 lead and never looked back. 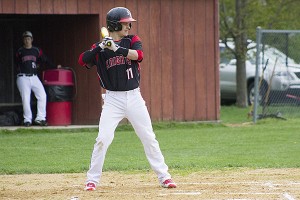 “We played outstanding defensively today,” Glenville-Emmons coach Lucas Knutson said. “We made all the routine plays on hard-hit balls. We only committed one error, and that was on a tough play in the seventh inning.”

Carter Dahlum was the winning pitcher for the Wolverines. The junior allowed three earned runs on three hits with four walks and six strikeouts in five innings pitched.

Van Ryswyk pitched two innings and struck out three while not allowing a hit in two innings of work.

“Carter pitched five great innings for us,” Knutson said. ‘He threw strikes and had some quick innings, thanks in part to our solid play in the field. Derek then came in and closed the door with two good innings on the mound.”

“Congratulations to Glenville-Emmons on their first win of the season,” Alden-Conger coach Sam Hintz said. “We did not have our game tonight. We struggled to put the ball in play,

and we struck out 10 times. It was tough all around for us tonight.”

“This was a big win for us and will give us some confidence going forward,” Knutson said. “We are improving as a team and learning how to play good baseball. This is a fun group to coach.”