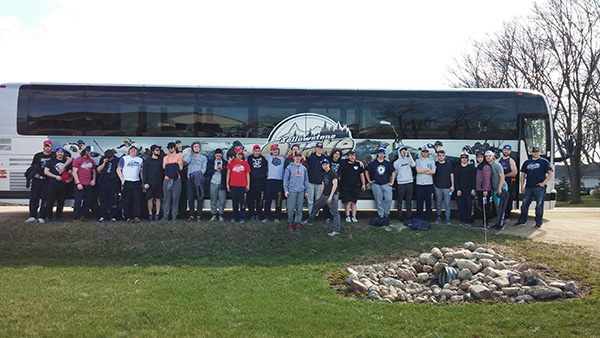 The Yellowstone Quake junior hockey team stopped by Dan Matz’s farm for dinner on the way back to Cody, Wyoming, earlier this month. The team was returning from the North American Tier III Hockey League — or Na3hl — Silver Cup Championships in Chicago. The top eight Na3hl teams compete for the Silver Cup. Yellowstone went from last in its division in the 2014-15 season, to first this year. Garrett Matz, a 2015 Albert Lea High School graduate and a 2014-15 Tigers hockey captain, is a goalie for the Quake. – Provided