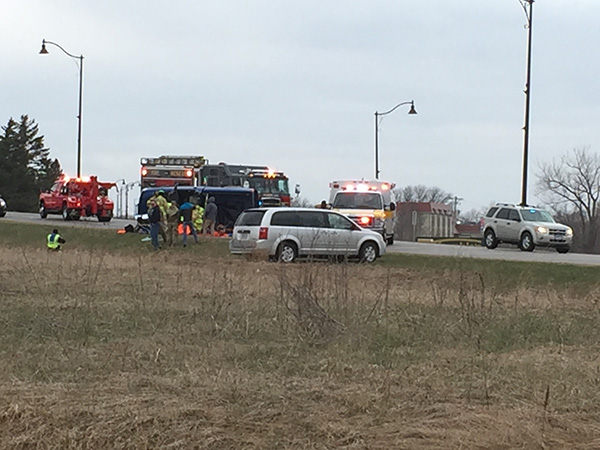 An Elmore woman was transported to Mayo Clinic Health System in Albert Lea after a rollover crash shortly before 9 a.m. at the intersection of Interstate 35 and Interstate 90.

Sergio Martinez Ortiz, 47, of Mount Pleasant, Texas, was driving a 2008 Dodge pickup east on Interstate 90 across an icy bridge deck when he lost control of the vehicle, according to the Minnesota State Patrol.

The vehicle reportedly entered the right-hand ditch and rolled.

Jasmin M. Nava, 23, a passenger, was transported with an injury deemed not life-threatening.

Martinez Ortiz and a second passenger, Eduardo V. Olea, 25, of Elmore, were not injured.

Alcohol was reportedly not a factor.

Kenneth Larson, 86, was driving a 2003 GMC Sierra east near Albert Lea Electric when he traveled over an icy bridge and lost control of the vehicle shortly after 9 a.m.

The vehicle reportedly fell on its side.

Larson was transported with injuries deemed not life-threatening.

There were no passengers.