Jeanette was born May 29, 1954, to Joseph P. and Carol M. (Cotton) Kloberdanz in Austin. She graduated from Austin High School with the class of 1972. Jeanette was united in marriage to Clayton Ellis, and the couple moved to Pennsylvania and began their family. She later returned to Austin and married Stafford Wagoner. In Jeanette’s fulfilling life she was accomplished at so many things, including radio 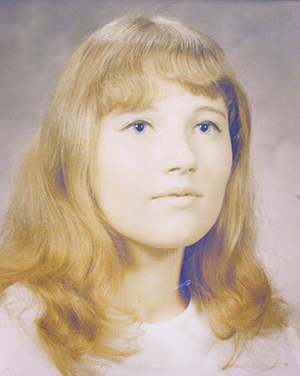 broadcasting, ordained ministry and seamstress work.  She was also deeply involved in the formation of many women’s and children’s advocacy programs.  Jeanette was very artistic and enjoyed crafts. She took pride in sharing that passion with her family. She was a faithful volunteer as a foster home for both Mower and Freeborn County humane societies.

She was preceded in death by her parents; husband, Stafford Wagoner; and brother, Carl Kloberdanz.

Memorial services will be at 2 p.m. Friday at Worlein Funeral Home chapel. The Rev. Dave Simerson will officiate. Jeanette’s family will greet friends from 11 a.m. until the time of the service.  Interment will be in Oakwood Cemetery. Worlein Funeral Home of Austin is assisting the family with arrangements. Condolences may be expressed to the family online at www.worlein.com.