Funeral services for June Lageson will be at 10:30 a.m. Saturday at Community Lutheran Church in Geneva. The Rev. Kristen Venne will officiate. Visitation will be one hour prior to the service at the church. Interment will be in First Lutheran Cemetery in Ellendale. Bonnerup Funeral Service is handling the arrangements. 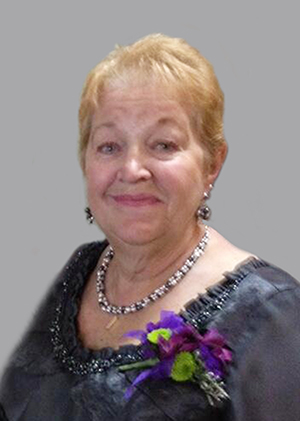 June Lageson of Geneva passed away Tuesday, April 12, 2016, at her home. She was 74. June Marie Ottesen was born April 9, 1942, at her home in Clarks Grove to her parents Clarence and Bernice (Hansen) Ottesen. She was raised in rural Ellendale and was a member of First Lutheran Church in Ellendale for many years. In 1949, when June was 7 years old, she had polio and was admitted to Sister Kenny Institute in Minneapolis.

June married her husband, Lyle Lageson, on Nov. 15, 1958, at The Little Brown Church in Iowa. They began raising their five children in Minnesota and then moved to Phoenix in 1970. She was a cashier at Basha’s Grocery chain for 33 years in Phoenix.

In 2007, June moved back to Geneva to enjoy her retirement and spend time with family and friends. She was a member of Community Lutheran Church in Geneva and was very active in the quilters group, altar guild and Women of the Evangelical Lutheran Church Association. She was also a member of the Bar Fly group and Red Hat Society.

June enjoyed being a social butterfly, but in her spare time could be found at home watching birds or her favorite game show, Jeopardy.