Memorial services for Lorraine Scott of Albert Lea will be at 10:30 a.m. April 30 at First Lutheran Church in Albert Lea. The Rev. John Holt will officiate. Interment will be in Graceland Cemetery. Bonnerup Funeral Service is assisting the family. 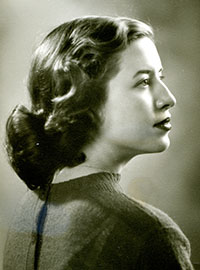 Lorraine was born Oct. 26, 1924, in Wells, the fifth of six children to Oscar Penny and Ida Hawkins Penny. She grew up on farms in the Alden and Wells areas and graduated in 1943 from Alden High School. She and a friend left for California after graduation, where she stayed with relatives while working in a candy store and as a telephone operator. She also worked in an airplane manufacturing plant. After the war, she returned to Minnesota and met her husband, Harlan Tuchtenhagen, a Navy vet, at a dance where he was the drummer in the band. They were married on Dec. 19, 1947, at First Lutheran Church in Albert Lea. Harlan was killed in a work-related accident on Easter Monday 1954 — leaving Lorraine with two little boys and expecting their third child, a girl. Lorraine was a skilled artist and musician who loved to paint, draw and sing in the choir. She made her living for many years as colorist for her brother-in-law who owned Ness Photography in Albert Lea.

In 1961, Lorraine married Ken Scott of Thornton, Iowa, and moved her family to their new home on a farm. In addition to farming, they were also involved in Iowa politics. She served as Ken’s primary advisor and campaign manager as he served in the Iowa House of Representatives and State Senate. They divorced in 1990. Lorraine moved back to Albert Lea and continued her lifelong practice of active volunteer work — including the Freeborn County DFL, local political candidates, the arts council and church groups.

As a loving mother and grandmother, family was always important to Lorraine.

She is survived by her three children, Randy Tuchtenhagen (Lori) of rural Hartland, Alan Tuchtenhagen (Cindy Gandrud) of River Falls, Wisconsin, and Jane Larson (David) of Norfolk, Nebraska. She had nine grandchildren and 15 great-grandchildren. She is also survived by sisters-in-law Elaine Westrum (Richard) of Waseca, Sharon Blackhawk of Crystal, Mary Jane Buzay of 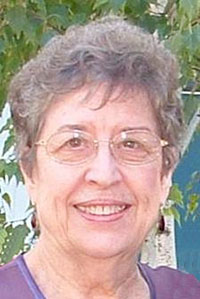 Vadnias Heights, Donna Penny (Jay) of Keister and Maureen Penny (Howard) of Fort Collins, Colorado; and many nieces and nephews.