Memorial services for Oren Griffith, 63, of Glenville will be at 11 a.m. Saturday at Bayview/Freeborn Funeral Home. The Rev. Vern Harris will officiate. Interment will be at Graceland Cemetery. Visitation will be from 5 to 7 p.m. Friday at Bayview/Freeborn Funeral Home and one hour prior to the service. Online condolences are welcome at www.bayviewfuneral.com. 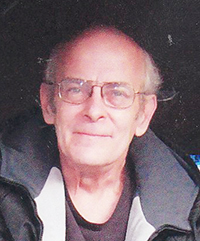 Oren died peacefully on Monday, March 14, 2016, at St. Mark’s Living after a nine-month battle with cancer.

Oren C. Griffith was born June 26, 1952, in Worthington to Darlene (Hass) and Francis (Sass) W. Griffith. He attended schools in many cities, including Worthington, Redwood Falls, Mankato and Hallock. He graduated from Albert Lea High School in 1970. Oren was employed by Streater for 14 years, where he made many lifelong friends. He was then employed with the Albert Lea school district for over nine and a half years as a custodial engineer until his retirement in September 2015. He got much enjoyment from working at the high school. He knew the students by name and they knew Oren by name. He always spoke highly of his coworkers. Throughout his entire life, Oren’s favorite activities where hunting and fishing. He looked forward each spring to opening fishing season on Lake Winnibigoshish. Fall would find him heading to Hallock for deer hunting. Oren’s love for those sports began as a young boy, hunting and fishing with his father. Later in life he enjoyed many trips with friends and family to northern Minnesota, looking to catch a 25-pound walleye or shoot the 30-point buck. The last fish he caught was in June at his sister’s cabin in Turtle Lake, Wisconsin. Oren was also known for his gardening skills, so many of his friends and family enjoyed his salsa and remember him canning tomatoes with his mom.

Oren was preceded in death by his parents.

His family was able to share many past memories with Oren while at St. Mark’s. His sense of humor was enjoyed by everyone. He also had many frequent visits from his lifelong buddies, which always made his day. His family would like to thank the nursing staff at St. Mark’s who took care of Oren. He was very grateful for that as well as their many conversations. His family also thanks St. Croix Hospice for its awesome care and visits. Oren had a wonderful and caring spirit, as well as a loving heart for both his family and friends, and he never forgot to tell them that on every visit. He will be missed by all, as will his presence in their lives.

In lieu of flowers, memorials are preferred to Hormel Institute in Austin, as it is making great strides in cancer research.