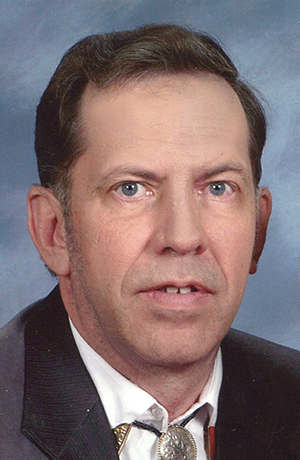 Those wishing to give a memorial in his memory, may wish to consider memorial contributions be made to the Randy Low memorial fund.

Randy L. Low was born May 11, 1955, in Mason City, the son of Lyle and Patricia (Roppe) Low.  Randy was baptized June 19, 1955, at Deer Creek Lutheran Church in Carpenter, and reaffirmed the faith of his baptism through confirmation at First Lutheran Church in Northwood, by the Rev. H.A. Wilke. Randy attended  Northwood-Kensett Community Schools.

Randy enjoyed working on the farm and helping other farmers.

Randy enjoyed riding his horse in the Fourth of July parade in Northwood. Randy, along with his mother, Pat, assisted with the Pony Express Easter Seal Ride, were involved with the Saddle Club and raised donations for horse shows.

He was a member of First Lutheran Church in Northwood.

Those left to cherish his memory are his uncles and aunts Dewayne Roppe of Northwood, Jerry (Dianne) Roppe of Aurora, Oregon, Scott (Carol) Roppe of Omaha, Nebraska, Berniece Estes of Northwood and Richard (Marge) Low of Northwood; as well as many other extended family members and friends.

Randy was preceded in death by his father, Lyle Low, who died on March 21, 1996; his mother, Patricia (Roppe) Low, who died on Feb. 24, 2016; his grandparents Ernie and Alma Roppe and Manley and Blanche Low; and his uncles and aunts Clarence and Luella Low, Mavis Roppe, Russel and Dorothy Low, Deloris and Allen Low, Vale and Berniece Low, Mick and Frances Low, Harold and Eleanor Low, Carl and Arlene Grosland, Pearl and Leif Westin, George and Lucille Matthews and Drexel Estes.