Services for Ronald E. Givler, 78, of Albert Lea will be at 3 p.m. Saturday at First Baptist Church of Clarks Grove. The Rev. Clayton Balsley will officiate. Visitation will be from 5 to 7 p.m. Friday at Bayview/Freeborn Funeral Home and one hour prior to the service at the church on Saturday. Online condolences are welcome at www.bayviewfuneral.com.

Ron passed away suddenly in Albert Lea Tuesday, April 5, 2016. He was born on June 26, 1937, in Mason City to Virtue and Eunice (Nonnweiler) Givler. He grew up in Mason City and spent several years in Fairbury, Nebraska. He was a graduate of Mason City High School class of 1956. Ron lived in Mason City, Fairbury, Clarks Grove and Albert Lea. Ron was employed by Holsum as a bread delivery driver, then by West Chemical Co. as a chemical salesman, and later started his own company called R&G Industrial. 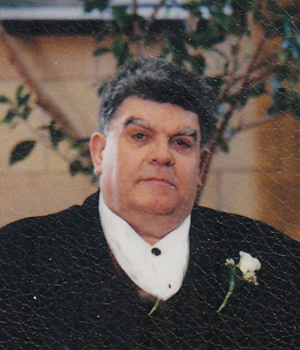 Ron was an avid Vikings and Packers fan.

Ron has three children plus one stepdaughter with his first wife, Sandra (Cory), and two children plus four stepchildren with his second wife, Janet (Havens).

Ron was preceded in death by his parents Virtue H. Givler and Eunice Nonnweiler; and son-in-law, Gary Moore.