The Senate passed a budget bill Thursday that includes $85 million in broadband investment, which local officials say is essential to the region’s economic development. 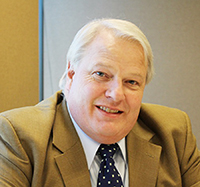 “This grant program works and goes out the door very quickly to build out the network,” he said. “With one-time money available this year — now is the time to make a strong investment.”

He took aim at the House proposal, noting he thinks it would not have any economic impact for Freeborn County.

He said there is a provision in the proposal that would stifle competition by allowing incumbent providers a two-year window to conduct a project once a competitor broadband provider requests to enter the provider’s territory for a project.

District 27A Rep. Peggy Bennett, R-Albert Lea, said she does not think the government should be involved in leveling competition between businesses.

She said the Senate’s broadband investment is too expensive, noting road and bridge funding and tax relief are her top priorities in the legislative session.

Funding for high-speed Internet has been at the forefront in Greater Minnesota as a way to invigorate rural areas that have little connectivity. The debate spilled over into 2016 after last year’s legislative session concluded, as both parties agreed the Legislature should add to a $10 million infusion.

Bennett said the investment allows students who do not have WiFi at home to connect at school, noting schools could provide WiFi access on buses so students traveling can do their homework.

Bennett said in a press release that House Republicans are working to bring high-speed Internet to unserved and underserved areas of the state, noting combined with federal funds, Minnesota will see a more than $100 million broadband investment under the House’s proposal.

“Our bill helps bridge the broadband gap between the Twin Cities and Greater Minnesota,” Bennett said, noting she thinks the House plan that passed 72-54 Wednesday is a smart way to address the issue.

A conference committee is expected to resolve differences between the House and Senate proposals.

Albert Lea Economic Development Agency Executive Director Ryan Nolander supports increasing qualifying speeds for underserved areas, noting a broadband funding increase will not matter if most of Greater Minnesota will not qualify for it.

“Many people are focused on the dollar amount, but what is just as important — if not more so — is that the Senate’s plan makes key policy changes that will allow more areas to be eligible for grants,” he said in a press release.

The House supplemental bill makes other investments, such as a $11.5 million for the completion of Lewis and Clark Regional Water System; $6.4 million for proposals aimed at reducing economic disparities and $5 million for workforce housing targeted to Greater Minnesota.