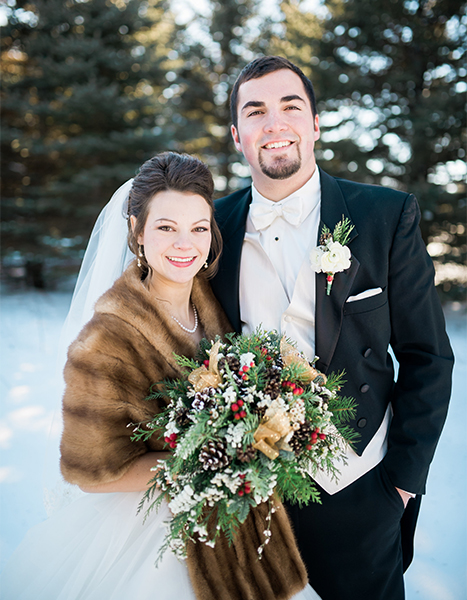 The groom is a 2013 graduate of Sunnyside Christian High School and will graduate from Dordt College in 2017, where he studies agribusiness. He is the son of Stacey and Diana Puterbaugh of Mabton, Washington, and the grandson of Martin Puterbaugh and Marilyn Bolt.