ST. PAUL  — A debate over how to fashion tax cuts in Minnesota is ramping up at the Legislature, but it likely won’t be solved easily or soon.

A state House committee considered a measure Wednesday from Rep. Jason Isaacson that would lower the second-tier income tax rate from about 7 percent to just under 6.5 percent. 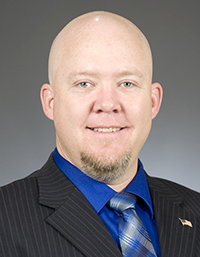 The Department of Revenue estimates that more than 1.3 million returns would see a decrease in taxes at an average of about $230, costing the state an estimated $493 million in the next fiscal year.

The measure is only the beginning of a sure-to-be lengthy debate over tax relief this session that will heat up as legislators start to decide how much of the state’s $900 million surplus should go to reducing taxes. Lawmakers have until late May to finalize plans.

Isaacson told lawmakers in committee on Wednesday that not enough is being done at the Legislature to help working families who have strengthened Minnesota’s economy.

“We need to be doing more for the middle class who are being squeezed on so many levels,” he said.

Republicans in committee on Wednesday applauded Issacson’s bill and said that all Minnesotans are being overtaxed.

“We’re overtaxing the middle class, we’re overtaxing Minnesotans,” said Rep. Steve Drazkowski, a Republican from Mazeppa who said he agreed with Isaacson’s push to cut taxes. “Inherent in relief suggests that our taxation is too oppressive for them.”

Isaacson’s measure focuses on lowering the income tax rate for the state’s second-tier income tax bracket. For a married couple who file jointly, that would range from about $36,000 to $146,000 of taxable annual income.