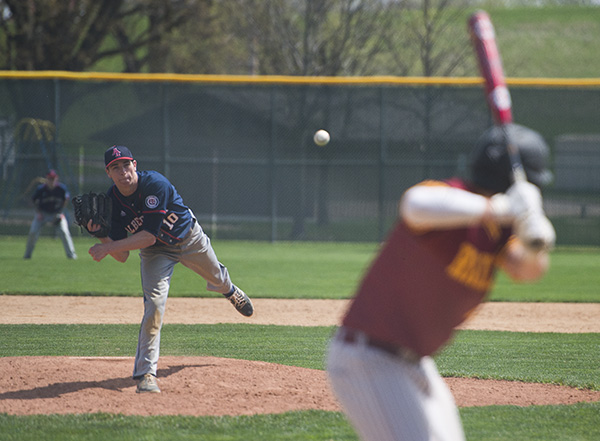 The Tigers split in their first doubleheader of the season.

In Game 1 of Saturday’s doubleheader against Northfield, the Albert Lea baseball team won 7-3 at Hayek Field.

Behind 3-2 at the start of the sixth inning, the Tigers rallied in the bottom of the inning to defeat the defending Big Nine Conference champions.

“It was a nice come-from-behind win,” Albert Lea coach Joe Sczublewski said. “We had a great rally in the sixth. We put together a lot of clutch bats, a lot of clutch hits.” 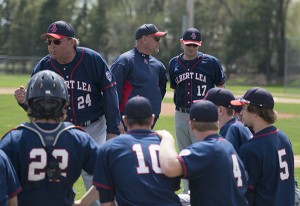 After the Tigers bunted to get runners in scoring position in the bottom of the sixth, Ty Harms hit an RBI single, which was then followed by RBIs from Jake Thompson, Parker Mullenbach and Jake Kilby.

“We put together a good stretch of hits, which is a promising sign,” Sczublewski said. “Our bats were starting to come alive today.”

In Game 2 Saturday, the team’s roles from earlier in the day seemed to reverse.

With Albert Lea winning 6-3 heading into the sixth inning, Northfield rallied in the top of the sixth with six runs, eventually winning Saturday’s second game 9-7.

“It would’ve been nice to sweep, but (Northfield) put together a solid sixth inning,” Sczublewski said.

Mullenbach recorded the pitching loss for the Tigers. In the 2/3 of an inning he pitched, the senior allowed four earned runs on five hits. Sam Moyer, Taylor Heavner and Alex Goodmanson were also on the mound for Albert Lea during Game 2 on Saturday.

Offensively, the Tigers were strong up and down the line with either an RBI or a run scored by almost every batter. According to Sczublewski, Albert Lea had 21 hits on the day.

Sczublewski credited Simon with ending a possible Northfield threat to end the third inning of Saturday’s second game. The junior outfielder threw out a runner at the plate all the way from right field. What would’ve been a base hit was canceled out with Simon’s throw to Albert Lea catcher Garret Piechowski.

“There were a lot of promising signs for our team in this doubleheader,” Sczublewski said. “It’s good to get a win and give us momentum heading into next week.”

Next, Albert Lea (3-4 overall, 2-4 Big Nine Conference) hosts Austin in a doubleheader starting at 4 p.m. Tuesday at Hayek Field. The Packers (3-4, 2-4) are also coming off of a split doubleheader themselves from Thursday against Rochester Mayo.