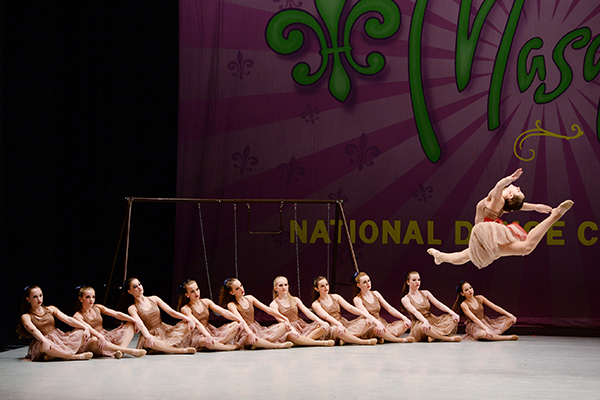 Sara Teskey, dance instructor and co-owner of the studio, said the girls had an “awesome” year.

The dancers took home over 17 first-place awards and more than 25 platinum awards. The platinum award is the highest overall placement award a team can achieve. In addition, the dancers also won a variety of judges’ choice awards, including the Most Entertaining Routine Award at their first competition in February.

While the dancers competed during the months of February and March, preparing for the season begins over the summer, according to Teskey. Dancers must be enrolled in a summer dance class to be eligible to audition for a team. Even though UPDS has dance students as young as 3 years old, dancers must be 6 to compete.

Each dancer interested in being on a dance team needs to try out each year. Scoring is done by guest judges with prior dance experience. Their score will then not only decide if they make the cut, but what teams they qualify for.

“They get scored during auditions and if they make a certain score then we’ll make a certain amount of teams or certain level of teams,” Teskey said. “Normally, when the scores get higher, the smaller teams they’ll make.”

Girls can be on one team or multiple teams, all depending on how much time they want to dedicate to learning the routines.

Along with learning the choreography for the routines, dancers must also take a ballet and technique class. Ballet is not a style of dance done competitively, though. Routines are typically done in hip-hop, lyrical, jazz or contemporary styles.

While some of the dancers choose to compete in smaller groups, others dedicate more time to the sport and will spend three to four hours a week practicing routines for the competitions.

UPDS has studios in Albert Lea, Owatonna and Wells.