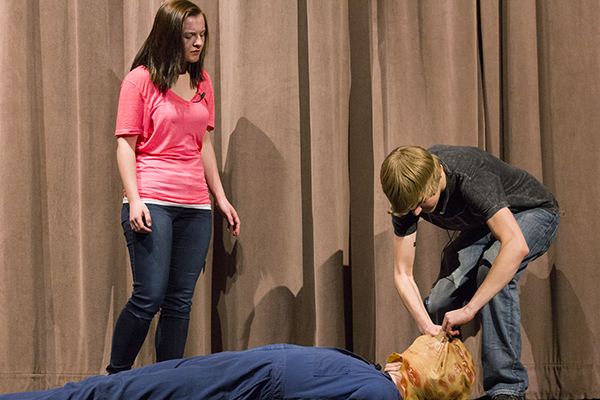 Indiana Jones spoof to be showcased at school auditorium

The USC Players will present “Hurricane Smith and the Garden of the Golden Monkey” as its spring play. 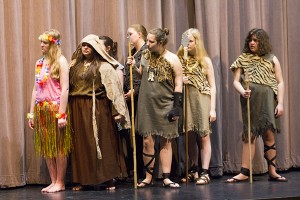 Director Clay Miller said he is excited for the student actors to show their talents.

“It’s just been a lot of fun to work on,” Miller said.

According to a synopsis, a young writer, played by Faith Kauffmann, is looking to sell her script to a low-budget film director, played by Laddy Benes.

As she delves into the story, the play progresses.

Hurricane Smith, played by Brett Pederson, looks to find his father, also played by Pederson. All sorts of adventure ensues. Hurricane Smith comes upon an Amazon tribe and a henchman who is in cahoots with Amazon warrior leaders.

The group hides diamonds and tries to force others out through superstition.

Hurricane Smith later finds his father was killed by the group, discovers diamonds and the long-lost garden of the golden monkey, and saves an explorer’s club.

The screenwriter recaps the show, then presents it to the director. The director accepts the script because the screenwriter told him the only way he could get the script of a separate idea he was interested in from another line in the play was if he accepted the script. 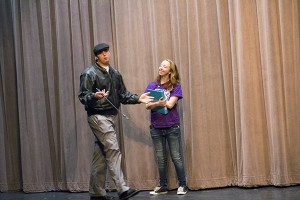