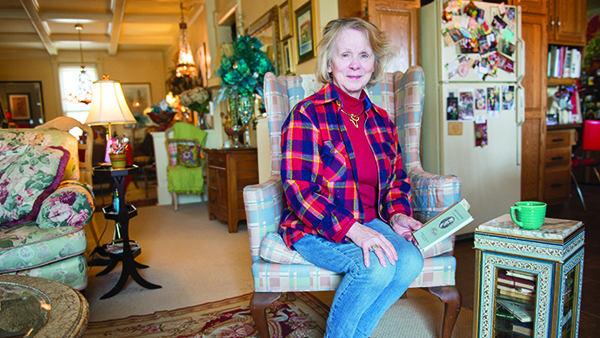 Everyone has a different idea of what makes a house a home. For Albert Lea resident Joyce Nixon, home is an eclectic mixture of old and new items that are fun and leave her with good feelings.

Nixon, a former public health nurse and nursing home administrator and director, and her husband, Bob, moved to Albert Lea from the Quad Cities area to be closer to their daughter 15 years ago.

The search for a home brought Nixon to 406 Mariners Lane off of Park Avenue, overlooking Fountain Lake. They bought the home due to the view of the lake, which can be seen from almost every room in the house.

“We’re only the fourth family to live in it,” she said of the home, which they’ve made minimal changes to. They’ve painted, added hardwood floors downstairs and restored the floors upstairs. The couple also added additional storage by putting up more cabinets in the kitchen.

“It’s easy to tear out and do things, but you want to keep as much history as you can,” Nixon said.

The summer porch, which will be opened sometime around May, was also left the same. This includes a floor that slightly slants for water to run off.

“I think those things are interesting,” she said.

The move also made downsizing a necessity.

“Bob said, ‘You got to get rid of some of this stuff, Joyce,’” she said. “If we decide to move again. I said, ‘that will be very difficult’ because we have a lot of stuff, but I still think back and think, ‘I wish I hadn’t gotten rid of that.’”

Many of the items she brought from her last home were acquired from estate sales such as a bedroom set and a coffee table in her husband’s office.

“I like to keep things because they always have a story,” she said noting she imagines how many people have once sat around the pieces and what stories they could tell if they could only speak.

Items she received as gifts or acquired herself have their own stories, including a chandelier she purchased with a friend about 50 years ago that now hangs in the dining room or art work she has purchased over the years.

“All of our lives are like art,” she said.

Nixon is involved with The Albert Lea Art Center and helps the organization fundraise and organize events.

“I love their talents,” Nixon said.

“It’s a two-way street, and it’s fun for everybody.”

She has added a centerpiece she made for the Albert Lea Art Center’s Festival of Trees. It sits underneath that very chandelier she purchased so long ago.

Her husband even teases her, “How come whenever you do something it comes back to the house?”

As a result, Nixon has a home with personality filled with a lot of memories and a lot of history.

In time, her possessions will be left behind for her children, who can decide to keep them or let them go, but Nixon insists they are not to be sold.

“When you leave this world, all you can leave is good feelings that you’ve had with family, friends and your religion — and then leave the treasures for whoever wants them,” Nixon said. 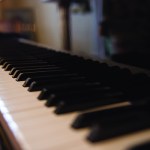 A piano is the centerpiece of a room the Nixons refer to as “the piano room.” – Colleen Harrison/Albert Lea Tribune 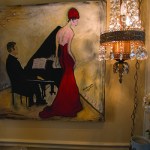 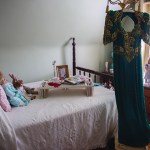 A vintage dress hangs in a spare bedroom in the Nixons’ home. – Colleen Harrison/Albert Lea Tribune 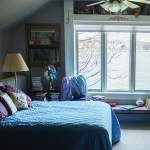 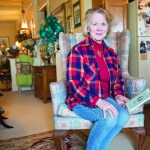