2 men put their name in hat for the 5th Ward

Two men filed their bids for the 5th Ward Albert Lea City Council seat on Tuesday on what was the first day to file for public office of the year.

Paul Shea, 29, of 1003 Frank Hall Drive, and Marcelino R. Talamantes, 25, of 401 Garfield Ave., come from different backgrounds and have varying goals for what they hope to accomplish on the council, if elected. The following is some information on both candidates.

Shea, the news director at KATE Radio, moved to Albert Lea almost three years ago and lives with his fiancee, Jill Vandenheuvel. 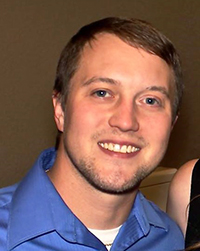 He attended St. Cloud State University with an emphasis in economics and graduated from Brown College in Mendota Heights in 2013.

Shea said he decided to run for office after 5th Ward Councilor Larry Anderson in December asked to meet with him and told him he did not seek to run for re-election in 2016. Anderson asked him if he would consider running for the seat.

After putting some thought into the idea, Shea said he thinks he is a good fit for the position — and particularly for his ward.

One of the issues he is focused on is getting all of the properties owned by the city and county back on the tax rolls. He is also passionate about the workforce shortage across the region and in finding out what can be done to find qualified people for all of the open positions.

He said he looks forward to meeting with the people of the 5th Ward and hopes to schedule meetings where people can voice their concerns and hopes for the council. He also plans to doorknock.

Shea said if he is elected, he still plans on working at the radio station; however, his duties may change. In the past, he has covered the City Council, but he would not be able to do so because of a conflict of interest.

Aside from work, Shea is on the board of directors for the United Way of Freeborn County.

Talamantes has lived in Albert Lea for almost one year after living in Alden for 13 years. He and his family lost their home in a fire in 2014. 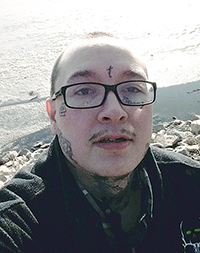 He said he moved to Minnesota from Denver in 2002 and is a stay-at-home father to two children. His wife, Gabrielle, works at St. John’s Lutheran Home

“I’m looking to give a millennial view to Albert Lea,” he said. “I think it’s important the young people in Albert Lea have a voice in the community.”

Talamantes said some of the issues he is concerned about are road maintenance, lower taxes for businesses and developing a neighborhood watch in his ward. He said he has seen an increase in crime lately in the city and thinks it needs to be addressed.

He also wants to bring more activities for the youth and bring more of a fishing community to the city.

Talamantes is a member of the NRA and is an ordained minister.