Al Batt: Walk in the woods is never a waste of time; life is one grand song 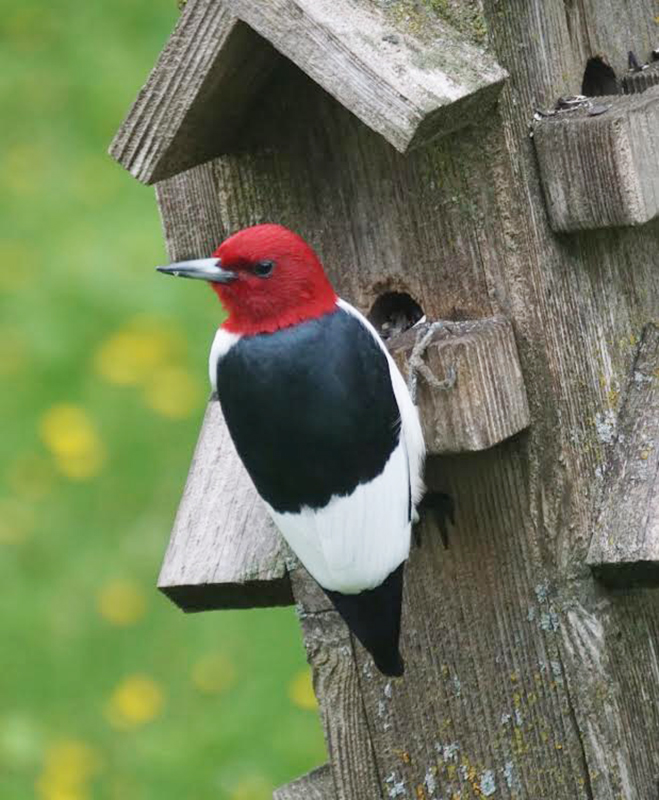 “Everything is nearly copacetic. I’m not much, but I’m all I think about. I put gloves on my windshield wipers to make it easier to wave. I should wave. I need the exercise. I’ve just broken the pound barrier. I wonder what it’d cost me to get into great shape. Probably my life. I enjoy feeding my face. The Eat Around It Café gave me a certificate for perfect attendance. Say, what did one bundt cake say to the other?”

“Nothing. Bundt cakes can’t talk. Did you hear the bad news? Torvald Torkelson went out the garden to fetch some asparagus for dinner and he had a heart attack. He keeled over and died right there in the radishes. He’d lost the hop to his step years ago, so his wife didn’t become concerned until he was gone for some time. She figured that he’d found the hammock before he found the asparagus. Torvald usually moseyed west and crooked wherever he went. She went out to the garden to see what was taking him so long and found him dead.”

A walk in the woods is never a waste of time. Wild leeks (ramps) were everywhere. It was quiet. Not much birdsong. The silence of the ramps.

I was sure there were ticks in the grass. I hoped that no one had put a “Tick me” sign on my back.

A rabbit rushed away. I planted marigolds around the garden for years. It was to keep the rabbits away. Then one year, I saw a rabbit eating a marigold. That cottontail had not gotten the memo. Animals adjust. Some welcome our company. The Norway rat, not a native to this country, is commensal. That means it’s one of two different animal or plant species living in close association, but not interdependent. The rats do well around humans.

There was a burst of house wren chatter followed by an avalanche of birdsong. Birds flitted here, there and way over there.

Birders like to describe a bird as an LBJ or LBB. Little Brown Job or Little Brown Bird. None of the birds really are that. Each bird has a plumage that is brilliantly colored even when appearing to be drab. I watched a house finch male, a prime candidate to be called an LBJ or LBB, and marveled at the beautiful red of his feathers.

Barb Lamson of Mankato wondered why birds are so loud so early in the morning. Ronald Reagan said, “Life is one grand song, so start the music.” The birds listened to him. Early morning light levels are too dim for birds to do much foraging, so it’s a perfect time to sing. Early morning singing proclaims the strength and vitality of the singer. It tells other birds within hearing that the singer is strong, healthy and survived the night. This is attractive to potential mates (especially the surviving part) and lets competitors know that the songster is in charge of his territory. For many years, I believed that the atmospheric conditions in the early morning — typically cooler and drier than later in the day — allowed birdsong to travel farther. Research has shown this isn’t the case. Early morning singing does have less competition from human noise. If a male is going to attract a mate or defend territory, it’s more important to let other birds know than it is to be heard at a long distance. Singing in the early morning makes it likely that other birds will be able to identify the singer. After a bird has finished its morning messaging, he gets on with the routine of life. He eats, preens, bathes, breathes and perhaps writes a new composition to sing early and loud the nest morning.

“What do indigo buntings eat?” The beautiful indigo buntings eat small seeds, berries, buds and insects. Common seed forage includes dandelions, goldenrods, thistles and grain. Berries eaten include blueberries, strawberries, elderberries, blackberries and serviceberries. Spiders and insect prey, which form the majority of their diet during the summer, include aphids, beetles, caterpillars, grasshoppers, cicadas, canker worms and weevils. At my feeders, they like nyjer seed.

Dorothy Kilian of Geneva asks how to stop a bird fighting with a window. A bird, often a cardinal or robin, attacks its reflection in the window in a display of territorial behavior. Deter bird window attacks by covering the window with screens. Rubbing the window with a bar of soap or squirting it with liquid soap decreases the reflection. Installing a window feeder not only breaks the reflection, but it encourages other birds to interrupt the battles. Covering the outside of the glass with cardboard, paper, plastic, etc. ruins the reflection. A bird that is determined to find a fight might move to another window to continue the battle.

“What should I do if I find a baby bird on the ground?” The best option is to locate the nest and return the bird to it, when possible. Human smell doesn’t cause the parents to reject the baby. If the bird has fledged, but isn’t able to fly, place it on a nearby branch. If the adults are around, they will feed a demanding baby until it’s strong enough to fly. Raising a baby bird yourself is an arduous task.

“Reading gives us some place to go when we have to stay where we are.” — Mason Cooley

“Walking is the great adventure, the first meditation, a practice of heartiness and soul primary to humankind. Walking is the exact balance between spirit and humility.” — Gary Snyder