Funeral services for Ardis Jensen will be at 2 p.m. Sunday at First Presbyterian Church in Albert Lea. The Rev. Dwight Netzer will officiate. Visitation will be from 4 to 6 p.m. Saturday, as well as one hour prior to the church on Sunday. Interment will take place at Hillcrest Cemetery. 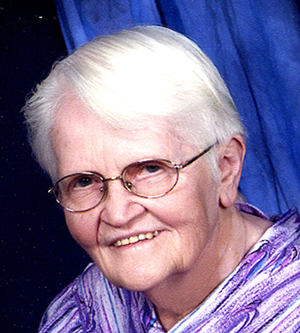 Ardis R. (Nelson) was born May 26, 1924, in Irene, South Dakota, to Richard and Minnie (Morrison) Nelson. She attended and graduated from Marian High School in 1942. She went on to Eastern State Teachers College in South Dakota, where she earned her teaching degree.  Her first job was teaching in Viborg, South Dakota. This is where she would meet her future husband. She then moved to Ramona, South Dakota, where she taught third, fourth and fifth grades. She later moved to Albert Lea where she taught in the Maple Island School District.  She would also work as a teacher’s aide at the Emmons school for a number of years. In her later years, she worked as a home health aide for Freeborn County for several years.

On April 6, 1947, she was united in marriage to Oliver H. Jensen at First Presbyterian Church in Albert Lea. To this union, the couple was blessed with five children. Oliver had a stroke in 1982, and Ardis cared for him every day until the day he passed away. Aside from her love of teaching, Ardis enjoyed gardening, reading and Sudoku puzzles. She enjoyed volunteering with various organizations such as the Girl Scouts, 4-H and at First Presbyterian Church. Ardis always thought of others before herself. She loved her family dearly, and often would call each one of her children every day just to check up on them.