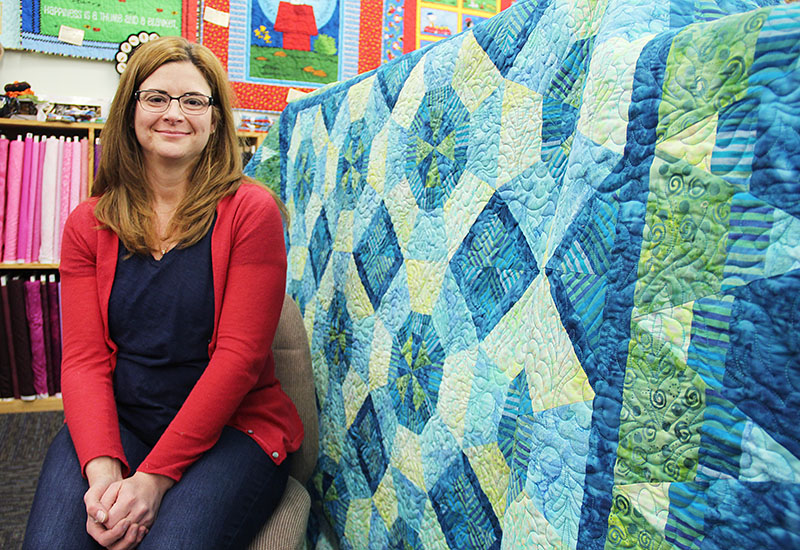 Jessica Steinbach of Austin, an employee at Calico Hutch Quilt Shop in Hayward, designed this quilt that is featured in the spring/summer issue of Quilt Sampler magazine. The magazine has a multiple-page spread about Steinbach’s project and Calico Hutch. - Sarah Stultz/Albert Lea Tribune

HAYWARD — Calico Hutch Quilt Shop in Hayward is receiving national attention as one of the featured quilt shops of the year in the spring/summer issue of Quilt Sampler magazine.

The magazine each year highlights shops across the country, as well as a quilting project from a person at each location. For Calico Hutch, the project was designed and made by Jessica Steinbach of Austin, who works at the shop.

Steinbach said the shop had applied previously for the recognition, but this was the year it finally came to fruition.

“When I found out, I went, ‘Are you kidding?’” store owner Carolyn Matson said. “We couldn’t believe it.”

Matson said they found out about the recognition last August, and then they had a month and a half to submit a project to be featured.

The store could submit two projects, and then the staff at the magazine selected one to be featured.

Steinbach submitted one, along with Bonnie Felt of Hayward.

Steinbach, who has quilted for about six years, said she revised her pattern multiple times, and the project took many days to complete. 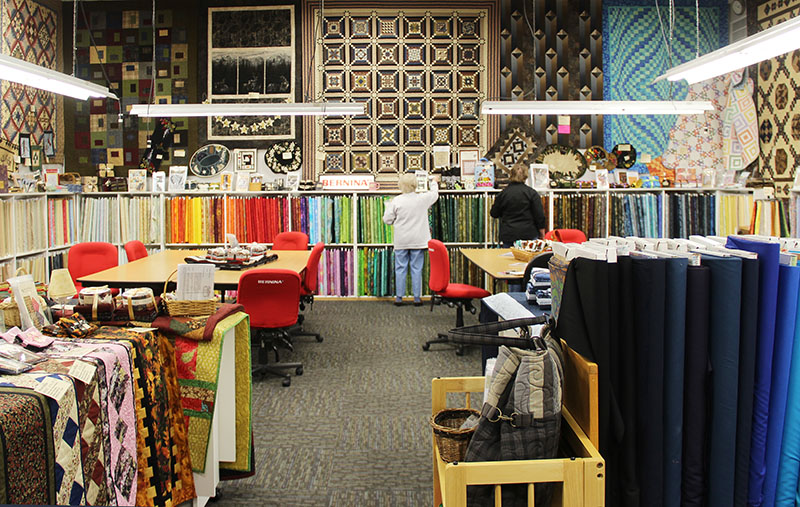 Calico Hutch Quilt Shop in Hayward began 34 years ago. It showcases dozens of different quilts on the walls and hundreds of different types of fabric. – Sarah Stultz/Albert Lea Tribune

Once the magazine staff selected Steinbach’s quilt as the one to feature, she then had to submit different color options.

She said she brought in different ideas to bounce off of the others working at the shop. Some of the fabric has even been specifically printed for the project.

Once this was done, and two finished quilts were made, the three magazine staff members came out to the shop to interview and take photographs. Magazine staff have also tested her pattern.

The women said they enjoyed the experience, though it was challenging to not be able to tell people what was going on right away. They could start telling people in January, and then the magazine came out April 15. It includes both a story about the quilt shop and a feature about how to make the quilt that Steinbach designed.

“We’ve been so excited about it,” Steinbach said. “We’ve been anticipating telling our customers.”

She said it is every shop’s goal to be in the magazine.

The women said they have been receiving orders for it from all over the country, and people are coming in and asking them to autograph their copies of the magazine. 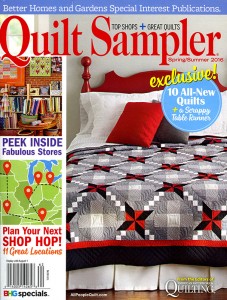 “The magazine will bring people in for at least a year,” Matson said.

Though this is the first major national publicity for the store, it already sees customers from all over the country. In fact, Matson said she thinks she has more customers from out of the area than she does from within.

“We hear from travelers and customers that we’re one of the nicest shops in the nation,” she said.

They have done much of their own publicity, starting with hosting bus trips and getting four billboards on interstates 35 and 90. Information about the shop spreads through word of mouth.

Calico Hutch started 34 years ago and has been in its present location for 12 years.

Steinbach said the shop grows every year, with various retreats, bus trips and groups that meet there on a regular basis.

The featured project, called Tide Pools, incorporates pieced wedges of batiks and a stripe blend to create the feel of rippling waters. It is 65 inches by 80 inches and is the size of a large throw.

It was created by Jessica Steinbach of Austin, who has been quilting for about six years.

Steinbach said she is excited the project has been well received, and she hopes to submit other projects to the magazine in the future.

“It was really fun,” she said. “I really enjoyed it very much.”