Cellfie Tours slated to begin by first Wind Down Wednesday 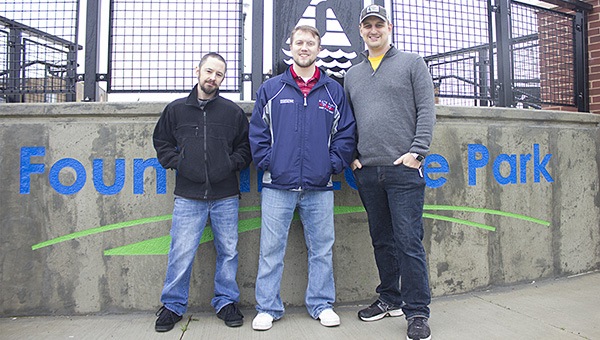 Three Albert Lea men are looking to attract people downtown and bridge the community’s divide between generations in an interactive, hands-on way.

QR codes will be shown at the buildings. A user will scan the QR code with his or her mobile device and be brought to a website with information on the site.

“People really have fond memories of a lot of different buildings,” Shea said.

He said the walking tour is a good way to incorporate Albert Lea’s status as a Blue Zones community with its historic buildings.

“This will draw some attention to those buildings,” Shea said.

The group hopes to add sites to the list, including Golden Point Launch at Frank Hall Park.

Cellfie Tours was awarded $10,000 in January from a Southern Minnesota Initiative Foundation grant. The group plans on securing matching funds this week.

The group hopes to begin the tour by June 15 — the first Wind Down Wednesday.

Russell said the project will allow the city to advertise both its past and present on social media by people taking selfies throughout the tour and advertising them on social media.

“It connects our history to our present,” he said.

The group emphasized the project was a way they could create a legacy in the community.

Schuster said participants will be able to walk through a downtown tour and see things they would not normally see, noting it was a way for the community to stay relevant to this generation. He said participants can share what they learn with family and friends.

The group thanked more than a dozen local businesses, government agencies and other organizations that have supported the idea.