Memorial services for Charles “Chuck” Toenges, 57, of Circle Pines will be at 11 a.m. Monday at Bayview/Freeborn Funeral Home. The Rev. Kent Otterman will officiate. Friends may greet the family one hour prior to the service. Online condolences are welcome at www.bayviewfuneral.com.

Chuck was called home suddenly by his Heavenly Father, while at his home in Circle Pines, where he and Jil have resided for more than 14 years. 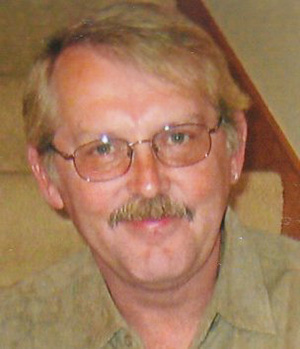 Chuck Toenges was born Feb. 2, 1959, the youngest son of Darvy and Vivian Toenges. He was born at Naeve Hospital and baptized and confirmed at First Lutheran Church. He was raised in Albert Lea, where he attended school, graduated and raised a family of two sons, Brad and Jason, with Nancy, his wife at the time. He did some farming and worked at Alamco for over 15 years. He later attended South Central Technical College where he received a degree in heating ventilation and air conditioning.

In early 2002, he met Jil and moved to Circle Pines. He took classes to receive his journeyman certificate in the Minnesota Glaziers and Allied Trades Union. He was employed at All-Metro Glass in Maplewood prior to his death. For the past couple years, he had been taken gunsmithing courses through the American Gun Institute. He thoroughly enjoyed tearing apart firearms and putting them back together, as well as gun collecting and target shooting.

For the past eight years, Chuck, Jil and Jil’s son, Lance, have been owners of Siren Antiques, in Siren, Wisconsin. Chuck was an avid buyer and seller of antique and vintage hand tools, firearms and hunting-and-fishing-related items. Another hobby of Chuck’s was woodworking. He often said he loved making sawdust and had quite a large tool collection.  Chuck was extremely talented as a jack-of-all-trades. He could do plumbing, electrical, heating and air conditioning, carpentry and whatever was asked of him; except laundry — Jil never let him touch the laundry. He was a great lover of animals — especially dogs. He had a special place in his heart for and an uncanny connection to his dogs. He said he knew what they wanted or needed, because he could speak dog — and his family believed him.

Chuck was preceded in death by grandparents Helmer and Myrtle Troe and and Wesley and Hulda Toenges; father, Darwin Toenges; sister-in-law, Lora Toenges; and aunt and uncle Elton and Aline Rogert.

Chuck will be sadly missed by family, friends, neighbors, co-workers at All-Metro Glass and his many friends from Siren Antiques.