Funeral services for Christopher L. Baldwin, 35, of St. Paul will be at 2 p.m. today at Grace Lutheran Church in Albert Lea. The Rev. Ken Jensen will officiate. Interment will be at Hillcrest Cemetery. Visitation will be one hour prior to the service at the church. Online condolences are welcome at www.bayviewfuneral.com. 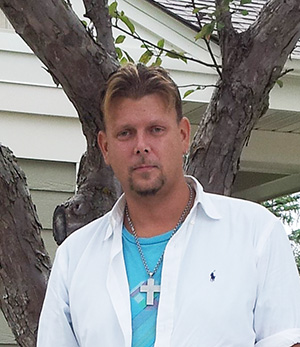 Christopher Lee Baldwin was born Sept. 2, 1980, in Albert Lea, the son of Andrew Baldwin and Tammie Volk-Studnicka. Chris was raised in Albert Lea by his mother, Tammie, and his father, Kim Carlsen. He attended Albert Lea High School and later Riverland Community College. In his youth he loved playing football and hockey and later enjoyed watching sports. Chris had a very loving, generous and kind heart, along with a true love for all animals. Chris lived in Mankato working in car sales and most recently lived in the Twin Cities. On April 5, 2013, Chris was united in marriage to Renee Schewe in Albert Lea. Chris was very spiritual, and God was always a part of his life.

Chris was preceded in death by his father, Kim Carlsen; and grandparents Dick and Joyce Baldwin and Dick and Elaine Carlsen.