The facility currently needs extensive repair, according to a facility overview. The review said light fixtures are deteriorating in the building, the salt shed is at the end of its useful life, the perimeter fence is damaged, the office roof is leaking, the restrooms are not Americans with Disabilities Act compliant and there are no locker and restroom spaces for female staff. 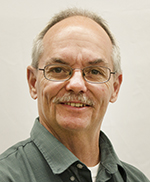 Albert Lea City Manager Chad Adams said in a best-case scenario, construction could start on phase one in spring 2017. Phase one includes demolishing a portion of the current administrative offices and creating additional administrative space. The project would include having one break room and converting the two other break rooms into additional storage and workspace to increase efficiency.

Phase two is expected to cost approximately $8.6 million. An addition is planned and construction is planned to the north and the west of the current facility. Phase two would add fleet space for city vehicles. The flow for all the vehicles is planned to be improved and a salt storage shed would be added.

Adams said he does not expect phase two to begin for at least another five years, noting the expansion was identified in the city’s master plan.

He said city officials will work to lower the cost of the project, noting the city has identified it as a need.

Prior to the vote, Baker noted though he understood concerns people have expressed about the proposed project’s cost, he said he understood the need for expansion when he went into the garage during a work session.

He said the project will increase efficiency for city employees who use trucks to plow snow and for other duties and for citizens so the services can be provided faster.

Brooks said he could not vote for the measure because he thinks other costs will drive the purchase price up.

Roger Swanson — a candidate for 3rd Ward councilor — and Dustin Trail said they were concerned about the project’s cost and the cost per square foot in a public forum held before approval.

Provided for the sale of $3.51 million in general obligation bonds to finance city improvement projects, including the 2016 neighborhood improvement project, Park Avenue, Grace Street, Harriet Lane, Lake Chapeau Drive and Edgewater Drive projects. The bonds would have a 10-year term and be sold competitively.

Authorized a $9,000 donation from Albert Lea Rotary Club and $200 from the Albert Lea Hy-Vee for the dog park approved last month.

Two memorials totaling $2,298 were given to the Albert Lea Hockey Association — $1,098 from the Leland and Sharon Dilling family and $1,200 from the Mortensen family — in memory of Wayne Dilling to upgrade the sound system at City Arena. A $20 cash donation received will go toward Senior Center activities.

Authorized an agreement with the city of Winona that provides the terms of a funding transfer. The city has requested $123,100 in Federal Aviation Authority entitlement funds from the city of Winona for the construction of a new arrival and departure building at Albert Lea Municipal Airport.The city will also be receiving $176,900 from Houston County, which was previously authorized. The city of Winona does not have a 2016 federal project. The council also approved plans and specifications and ordering advertisement of bids for the project.

Approved purchasing 1761 Pride Lane — located in Tiger Hills. The city has been approached by a private buyer who was looking to purchase the lot to construct a single-family home. The city placed a hold on the lot last year as part of the tax forfeiture process to assist the private market to build homes on the lot. Adams said the acquisition was the quickest way to have the home built this year.

Adopted an investment policy that Adams said “outlines best practices and internal controls for investing the city’s idle cash in the various funds of the city.”