Dayton holds out on tax deal, saying ‘I have a say in this’ 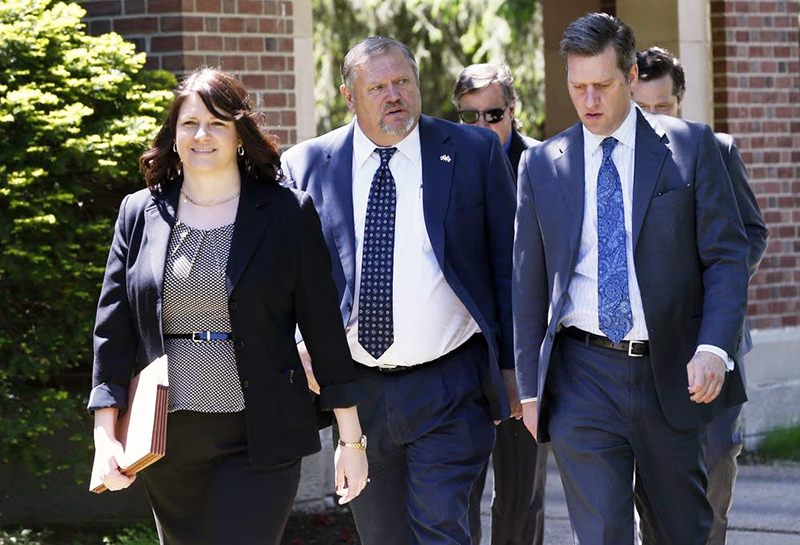 It seemed like a replay of the 2015 sprint to the Legislature’s finish when top lawmakers struck a deal on their own and then realized that Gov. Mark Dayton wasn’t exactly on board. It sent them into overtime and nearly led to a government shutdown.

Republican House Speaker Kurt Daudt and Democratic Senate Majority Leader Tom Bakk trumpeted a noteworthy deal Friday on a tax cut package totaling more than $800 million over three years. Then they crossed their fingers that Dayton would bless it. He didn’t give them the answer they were after.

“I made very clear to them that this tax bill is half of this package, but it won’t suffice for my support on a standalone basis,” Dayton told reporters after a private meeting with Daudt and Bakk. 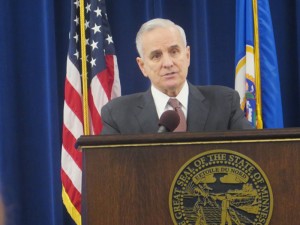 Gov. Mark Dayton speaks to reporters on March 23 about a variety of issues before the Legislature. – Brian Bakst/MPR News

“They’ve rushed all over themselves to do the tax cuts. I understand that the House is not enthusiastic about the supplemental spending, but I am. And I have a say in this,” Dayton added.

He said he has been fully engaged in the talks and taken frequent calls and meetings with the leaders.

Dayton is insisting on a budget bill that uses some of the state’s $900 million projected surplus for a new prekindergarten program, broadband expansion grants, initiatives to address racial economic inequities and stopgap spending for state prisons and security hospitals.

He also stressed that there are items in the budget discussions he won’t accept, namely a private school tuition assistance program that Republicans have proposed.

“We’re trying to respect his priorities as well,” Daudt said. “We know this is divided government as well.”

Lawmakers are under a time crunch to get their work done. They have to pass all their bills by Sunday at midnight and go home on Monday. Because they haven’t reached final agreements yet, the process of physically constructing those bills hasn’t been done, and it’s not clear it can be finished in time.

Dayton said he isn’t inclined to call a special session  — something only he can do — if the Legislature blows its deadline.

In their joint “Almanac” appearance, Daudt and Bakk played it cool and said they didn’t anticipate running long, the tight logistics aside.

“We have members who have made travel plans for the day after adjournment,” Bakk said.