Earl was born Aug. 12, 1936, in Albert Lea to Alta Marie (Dilling) and John Henry Earl Farlinger. He graduated from Lyle High School in 1954 and started farming with his parents. On March 4, 1956, he married Marlene Inez Nasby at Six Mile Grove Lutheran Church outside of Lyle. Earl and Marlene lived and worked on their 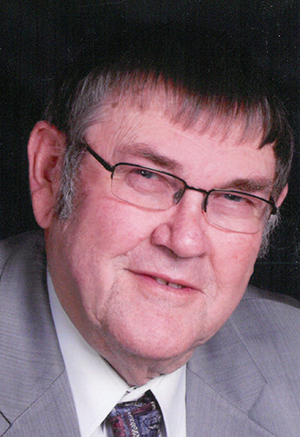 farm, raising four sons. Earl quit farming in 1986 and then served as a rural postal carrier for over 20 years. In 2013, they sold the farm and moved into their new home in St. Ansgar. Earl served on the Board of Directors for the Toeterville Co-op Elevator and for Farmers Mutual Insurance in Osage. Prior to his death he served on the board of Woodbury Cemetery and on the call committee at Our Savior’s Lutheran Church. Throughout his entire life Earl was very active in the church, holding a variety of positions. He enjoyed collecting International Harvester toy tractors, playing pool with his friends, traveling and spending time with his grandchildren and great-grandchildren.

He was preceded in death by his parents John and Alta Farlinger; and grandson, Lucas Farlinger.

In lieu of flowers, the family requests memorials to Our Savior’s Lutheran Church or Woodbury Cemetery. Worlein Funeral Home is assisting the family with arrangements. Condolences may be expressed to the family online at www.worlein.com.