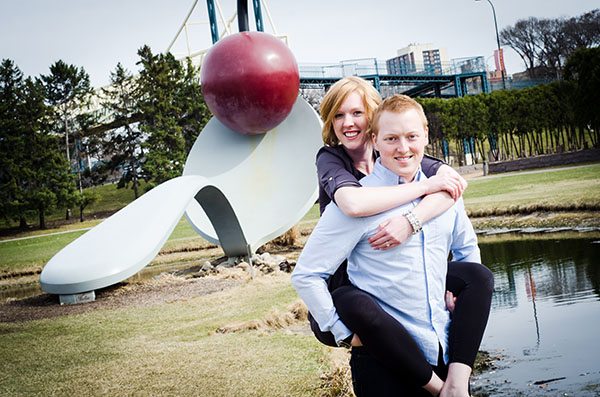 Cynthia and Steven Goskeson and Mary Jo and Neil Volkman announce the engagement of their children, Elissa Bree Goskeson and Eric John Volkman.

The bride is the granddaughter of George and Deloris Goskeson of Albert Lea and Ronald and the late Esther Lokken of Baton Rouge, Louisiana.

The bride is a 2012 graduate of the University of Minnesota with a Bachelor of Science degree in recreation, parks and leisure studies and a 2013 graduate of the University of Minnesota, where she received her Master of Education degree in kinesiology with a sports management emphasis. She is a conference center coordinator for General Mills and group events assistant for the Minnesota Timberwolves and Lynx.

The groom is a 2008 graduate of Albert Lea High School and a 2012 graduate of Augsburg College, where he triple-majored in management information systems, economics and business management. He is employed with General Mills as a supply chain IT analyst.

A September 2016 wedding is planned in Minneapolis.