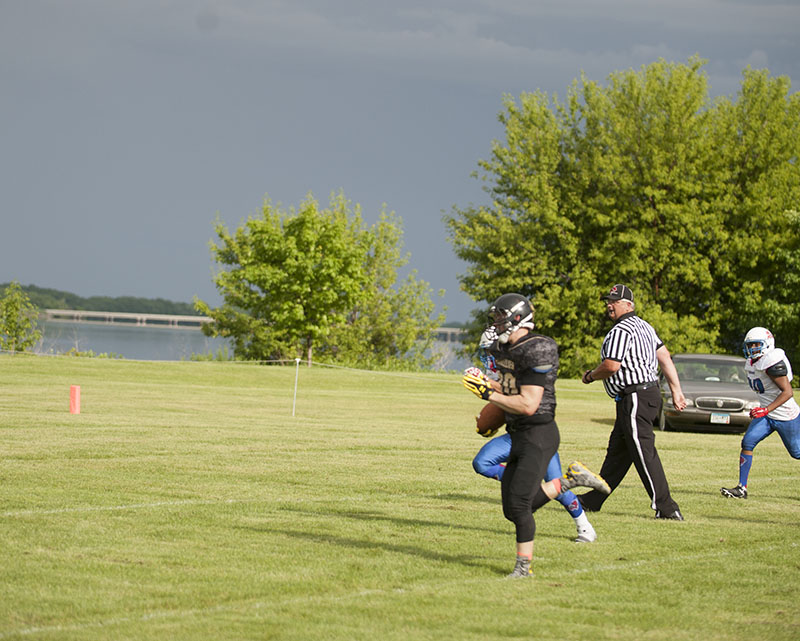 Albert Lea’s Colton Opsahl sprints past a Tri-State defender for a 34-yard touchdown reception in the second quarter in the Grizzlies’ game against the Buffalos Saturday evening in Albert Lea. Jarrod Peterson/Albert Lea Tribune

It had been quite some time since the Albert Lea Grizzlies had scored points.

Well, the Grizzlies broke out of their slump in a big way Saturday evening when they hosted the Tri-State Buffalos, and gave their opponent a taste of the medicine they had been receiving the past couple of weeks.

The Grizzlies dominated both sides of the ball, and didn’t allow an under-manned Buffalos squad any room to breathe in a 38-0 victory.

The Grizzlies scored two touchdowns in the first quarter to get their offense in an early rhythm.

From there, the Grizzlies’ defense settled in and held the Buffalos at bay, making it difficult for them to even gain a first down.

The Grizzlies forced several turnovers on defense and executed a number of big plays on offense.

One play in particular came in the second quarter.

Running back Colton Opsahl caught a screen pass and eluded several Buffalo defenders as he made his way against the grain of the field. After running 20 yards across the field, Opsahl gained the edge on a Tri-State cornerback and raced past him to the end zone.

After the missed extra point, the Grizzlies held a 20-0 lead, and never looked back.

On Tri-State’s next possession, Albert Lea forced a turnover, but was unable to capitalize.

The Grizzlies put the game away in the second half as the Buffalos really struggled on offense. 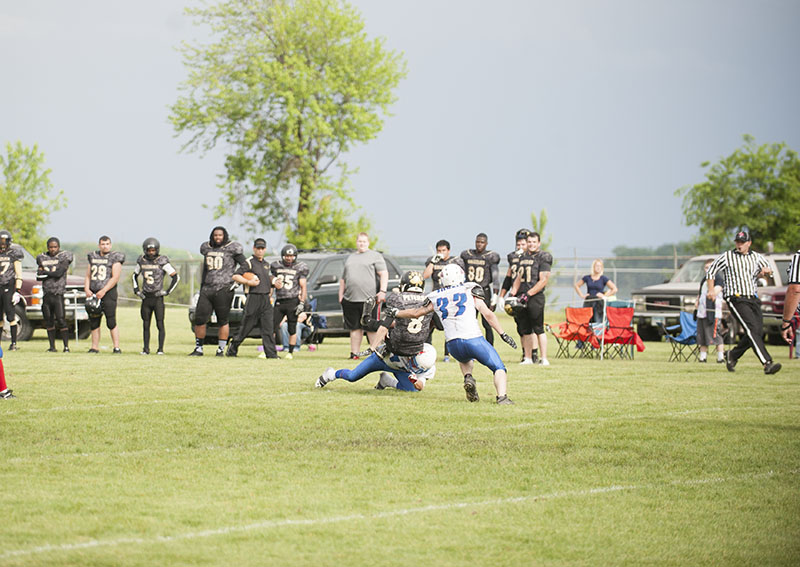 Albert Lea cornerback Dustin Peterson (8) is tackled to the ground by two Buffalo players after making an interception in the first quarter on Saturday in the Grizzlies’ 38-0 victory.

The Grizzlies will be on the road to take on the South Central Dawgs on Saturday at 7 p.m.