Guest Column: Summer and fall to be full of politics all around

My Point of View by Brian Hensley

Brian Hensley is chairman of the Freeborn County Republican Party and local financial adviser with Intego Financial Group. Brian also serves on the city of Albert Lea Parks and Recreation Board. All opinions are his and do not necessarily reflect those of the organizations he is associated with.

This summer and fall will prove to be a very interesting time, not only for the United States, but also for the state of Minnesota and the city of Albert Lea. Newspaper ads, radio ads, and of course, social media will be afire with political talk.  Sometimes it turns ugly, but that doesn’t mean you can avoid it or ignore it.

The headline race at the top will of course be the presidential race between Donald Trump and Hillary Clinton. Who will prevail can’t be predicted yet, but five months is a long time, and five months ago, very few thought Mr. Trump would be a serious contender. Trump has baggage, but Clinton reminds me of a UPS aircraft with rows of packages, and if we learned one thing this spring it’s that Trump won’t be afraid to unwrap each one. 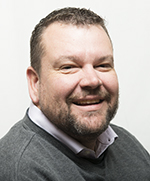 In Congress District 1, we will see some familiar faces running for House of Representatives. Rep Waltz is serving his fifth term, running for his sixth.  Even after supporting Obamacare and many of the failed policies of Obama and Pelosi, he continues to act like he listens to rural Minnesota voters.  His biography claims “Walz has made improving the care of our nation’s veterans a top priority.”  On the day after Memorial Day and all the news regarding horrible, scratch that, the horrendous medical care our veterans have received, it might be time for a few changes.

In the Minnesota Legislature, we will have some clear choices. Sen. Dan Sparks Sparks has been well respected. But things are starting to change, as he loses touch with the voters who first elected him, and as he takes more and more votes as DFL leaders Dayton and Bakk tell him how to vote.

Sen. Sparks has flat out lied to constituents and this newspaper over how he voted on the light rail amendment that killed the bonding bill this session. It’s all on video, even though the DFL speaker refused to allow a record of the vote be taken. He stands as an affirmative vote when told by the DFL. Then he lied to us about how he voted.  This story is just starting to be understood, but maybe Sen. Sparks isn’t fit to serve his sixth term. Let us see how this plays out over the next few weeks.

On the House side, Rep. Peggy Bennett helped pass several bills help rural Minnesotan’s. From an education bill that supports teachers, to fighting against an increase in the gas tax, to helping to pass a large tax cut bill for veterans, farmers, students and business owners, Rep. Bennett has brought some fresh air to St. Paul.

Locally, the county commissioner races look rather boring, to be honest, but we will see a big change in our City Council.  Three current city council members have chosen not to run again. I think this is a big plus for the city. All members brought something very different to the council, but all are regular citizens will families, and full-time jobs. I am proud that these individuals chose to open their spots for the next wave of city leaders. New ideas, new perspectives, new energy and a new focus will benefit the city as important decisions loom ahead.

Should Blazing Star Landing be a public or private development? How should the Parks Department be organized? How do we help Albert Lea businesses grow so they can employ more workers, at higher wages?  Do we need or want a new fire station or public works facility? How do property taxes, road improvements, economic development all fit together in a city that is struggling to grow residents? These are big issues that you will decide by who you elect to serve your ward. My guess is that in two years other City Council members will face challengers if they decide to run again.

The future of Albert Lea, Minnesota and the United States is being decided this fall and in the fall of 2018. The question that remains is whether you will have any input? Be sure to vote this Nov. 8.