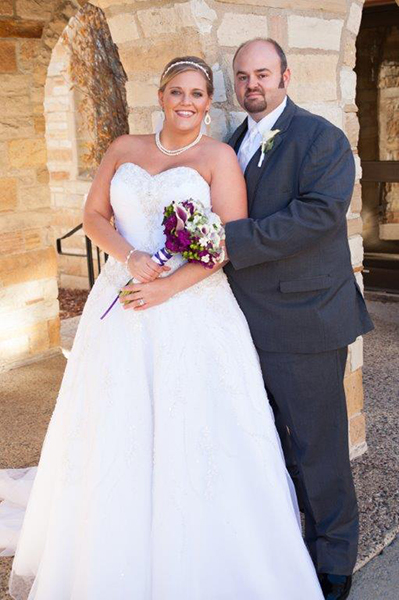 Marnie Hicks and Jonathan Davis, together with their parents Marlin and Lynn Hicks of Wells and Rick and Brenda Davis of Kasson, would like to announce their marriage on  Nov. 28, 2015, at Queen of Angels Catholic Church in Austin. The ceremony was followed by a reception and dance at Holiday Inn Event Center in Austin.

The maid of honor was April Brase of Mankato. Bridesmaids were Beth Yokiel of St. Louis Park, Kylie Stafford of Rose Creek, Marie Hicks of Minneapolis and Jenna Steckelberg of Eagle Lake.

The best man was Chad Sonnek of Hollandale. Groomsmen were Ian Schull of Champlin, Jason Garvick of Kiester, Joshawa Levine of Winston-Salem, North Carolina, and Andy Schroeder of Easton.

Ushers were Bryce Hicks of St. Paul, Taylor Martin of Jackson, Patrick Hicks of Minneapolis and Dru Martin of Easton.

The couple resides in Hayfield.