High-schoolers give firsthand view into the past 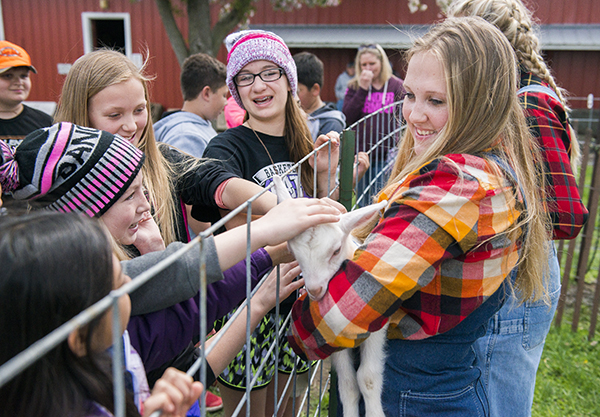 More than 350 area fifth-graders are getting a taste of 19th and early 20th century life this week from Albert Lea High School 11th-graders in a fun, hands-on environment.

Discover History, a collaborative effort between the high school and Freeborn County Historical Museum, began Tuesday and will continue today at the museum village.

The project, in its 19th year, includes 16 lesson plans, such as churning butter, rope making, putting mud between logs and shelling corn.

Juniors in Jim Haney’s humanities social class and their mentors dressed in 19th century garb to give the students more of a first-hand look into 19th century life.

The juniors researched topics, worked with a mentor and created a lesson plan, which is presented during the event.

Haney said he was pleased with how his class presented, noting first-graders were also well behaved.

Museum Interim Director Pat Mulso said the presentation allows fifth-graders a chance to learn about history from multiple generations in a hands-on environment.

Mentor and museum reception and volunteer coordinator Abbie Lotts said it has been a different experience each time she has taken part in the program. She participated as a fifth-grader and presented when she was in high school

Lakeview Elementary School student Alexander Rosas-Sargent said it was “awesome” to participate in the festivities, noting it was great to see the presentations that depicted how people lived back then.

The event began in 1997 and was cofounded by Haney and Gary Koeder. The number of lesson plans has increased since then. 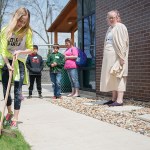 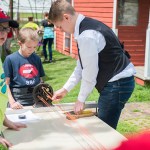 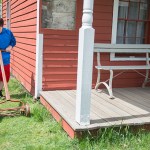 Students learn how to cut grass like the pioneers during Discover History on Tuesday at the Freeborn County Historical Museum. -Colleen Harrison/Albert Lea Tribune 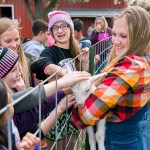