John Martin Nesheim  passed away peacefully in the early morning hours on Tuesday, May 24, 2016, due medical complications following a motor vehicle accident the week before.

John was born in 1939 in Buffalo Center, Iowa, to Dr. Martin and Edna Nesheim. He was raised in Emmons and various points around Texas during the war. He attended school in Rake, Iowa, Emmons and Albert Lea. He enjoyed and excelled in athletics, lettering in football, basketball and track. He graduated from St. Olaf College in Northfield in 1961 and the University of Houston Law School in 1965. He remained a lifelong Cougars fan. He practiced law in Harris County, Texas, and Galveston County, Texas, in various partnerships and most recently a solo practice. He lived in Houston, Texas, and Nassau Bay, Texas, and in recent years in League City, Texas.

John was a 40-plus year faithful, active member of Gloria Dei Lutheran Church and an active leader and outreach speaker in many 12-step assistance programs around the region. John was consistently cheerful, gregarious and ever generous, successful and well-respected as an attorney and a community leader. He enjoyed all sports and remained an enthusiastic fan.

John is survived by his brothers Paul (Valerie) of Houston and Bob (Marlys) of Minnesota; nephews Jeff (Sue) of Houston, Andy (Zara) of New York and Matthew of Minnesota; great-niece and nephews Claire and Elliot of Houston; and his former spouse, Emily Wooley, and stepdaughter, Tracy Sekula. 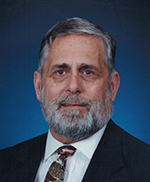 He was preceded in death by his grandparents, his parents Martin and Edna Nesheim and his daughter, Nicole Marie, as well as many beloved uncles, aunts and cousins.

Reviewal was at 10 a.m. today at Gloria Dei Lutheran Church in Nassau Bay with 11a.m. services. The Rev Brian Weaver officiated.  A reception for friends and family will followed, with a private interment alongside his daughter ,Nicole.  John’s family wishes to express their deep appreciation to John’s many friends and colleagues for their love, support and comaraderie throughout his professional career and his long and useful life.