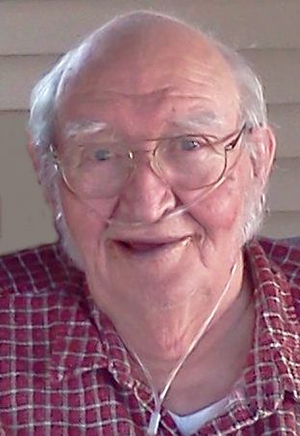 He was born July 14, 1934, to Clifford and Marcella (Chapman) Felt in Austin, where he grew up. He married Elizabeth Mewhorter on Dec. 31, 1955. A member of First United Methodist Church, Keith loved camping, fishing — especially Basswood trips, playing cards and attending stock car races. He enjoyed going to the fairs with his family and eating fair food. He also enjoyed spending time with his family, especially his special grandson, Arnold. Keith worked for Trowbridge Foods as an assistant manager for many years. He also worked at Hormel Foods and for the Austin school district.

He was preceded in death by his wife, Elizabeth, in 2008; son-in-law, Dennis Guttormson, in 2009, sister-in-law, Shirley; brother-in-law, Marvin; and his parents and grandparents.

A memorial service will be at 11 a.m. Saturday, May 21, 2016, at Worlein Funeral Home in Austin. Visitation will be one hour prior to the service. Interment is at Grandview Cemetery in Austin. In lieu of flowers memorials preferred to the family. A luncheon will be served after the burial at the home of Michelle Guttormson 909 13th Ave. SW. Services prearranged and performed by Worlein Funeral Home of Austin. Condolences may be expressed to the family online at www.worlein.com.