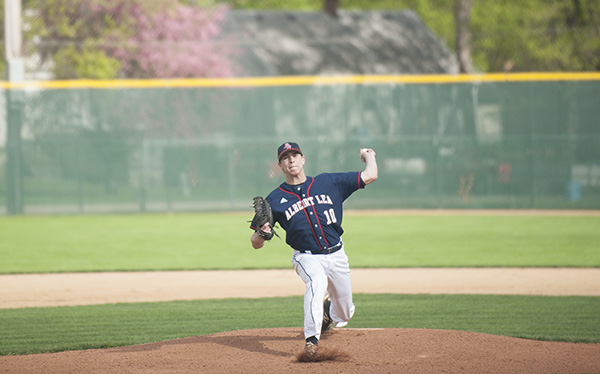 One day after Albert Lea’s bats led it to victory, it was the pitching’s turn Tuesday evening as the Tigers hosted Faribault.

The Tigers got a masterful performance from starting pitcher Jake Kilby as he went the distance to lead the Tigers to an 8-1 victory over the Falcons.

The Tigers were extremely patient in the first inning against opposing pitcher Payton Miller. 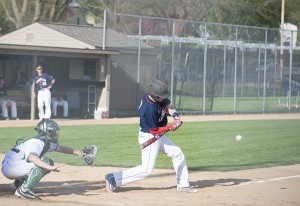 That would be all the help Kilby would need.

After a laboring first inning, Kilby went to work and started to mow down the Falcons.

He retired the next eight batters in a row before allowing a single in the fourth inning.

He also got a lot of help from his teammates as they turned two double-plays behind him.

In the third inning, the Tigers extended their lead when they collected three hits and three runs, and sent eight men to the plate.

While the Tigers pushed across eight runs, they left a lot of runners on base.

“Sometimes the ball finds the glove more than the open space of green,” said Albert Lea coach Joe Sczublewski. “We got a great performance from (Kilby) and our defense was tremendous by turning double plays and making nice catches. We committed no errors. You always have a chance to win when that happens.”

Witham led the offensive charge for the Tigers’ offense, going 3-3 with two runs scored and an RBI.

In total, five Tigers drove in at least one run, and they drew a total of five walks and were hit by two pitches.

The Tigers will host No. 1 Mankato West Thursday evening.